Study Shows high number of Kiwis at risk of Melanoma

More than a third of Kiwi’s are three times more likely to develop melanoma according to latest research. 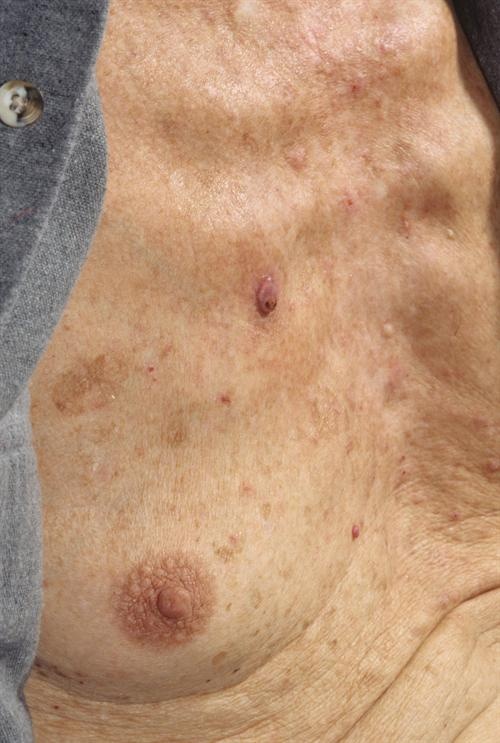 The findings come from a Trans-Tasman study, conducted by MoleMap and based on New York University Medical Centre research.

The research identified six factors that helped predict the risk of Kiwis developing Melanoma and include the following; a history of blistering sunburns as a teenager, red or blonde hair, marked freckling on the upper back – a sign of excessive sun exposure, family history of melanoma, history of scaly/crusty patches of skin on sun exposed areas and outdoor summer jobs for three or more years as a teenager.

If you’re a Kiwi with just one of these risk factors then the risk of getting a melanoma goes up to three times over the general population. People with two or more of the risk factors have up to 10 times increased likelihood of developing melanoma.

The one in five New Zealanders with at least three risk factors could be as much as 20 times more likely to develop melanoma.

The risk scale was created by Dr Darrell Rigel clinical Professor at New York University Medical Centre and presented to the American Academy of Dermatologists. The evidence from the study captured data from 600 individuals half of whom had a history of melanoma to determine which factors were most often linked with the development of melanoma.

MoleMap Dermatologist Dr Mark Gray says the results reinforce Kiwis need to be more vigilant when it comes to staying out of the sun.

“Every day we are confronted with melanoma cases which simply put are caused by human failure. Peoples failure to stay out of the sun, cover up or apply sunblock. There is no easy way to tell someone that they are going to die from a disease they could have prevented.”

A genetic predisposition for melanoma (as yet scientists have not been able to identify the gene responsible for causing melanoma), people with a large number of moles or ‘funny looking moles’ and higher socio economic classes have all been linked to an increase incidence of melanoma, he says.

“As a dermatologist we are always looking for clues as to who is most likely to develop melanoma. I hope Kiwis will take the new information on risk factors and use it wisely, by making more of an effort to stay out of the sun and get regular skin cancer screens,” says Dr Gray.

Dr Gray advises anyone with one or more of the melanoma risk factors to conduct regular self skin checks and see a dermatologist.