Can Marvel Ever Disappoint its Fans?

Marvel's latest feature film, you know, the one filled with all the superheroes Earth (and a few other inhabited planets) could offer, taking on the toughest villain ever (and the one said to have been written by George R. R. Martin, GoT fans will know) just surpassed pretty much every other movie in the list of box office sensations. Even Lucasfilm sent a letter to the movie's makers congratulating them on their massive financial success. The movie gathered more than $257 million in the US alone and added more than $380 million to the total overseas (without being shown in China), quickly overtaking Star Wars: The Force Awakens in pretty much every top list of the biggest opening weekends ever. Add this to the $1.3 billion made by Black Panther and the (undoubtedly smaller) amount "Ant-Man and the Wasp" will make this year, and we can already say that Marvel had one of its best years today (Venom, coming this fall, will make money for Sony). Marvel's "Avengers" series was a hell of an adventure for Disney, worth more than $15 billion in box office revenues alone, in the last decade. 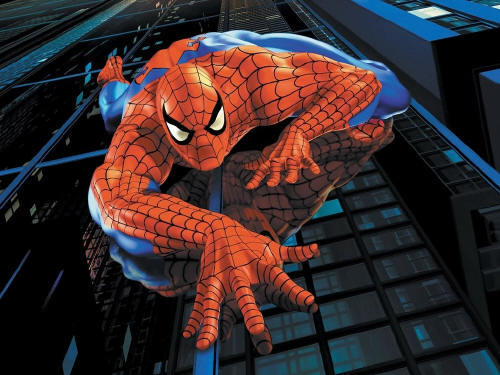 But every story has to come to an end. One day, maybe sooner than you think, the Marvel movies making billions at the box office will be nothing but footnotes in the history of the movie industry, much like the adventurous getaways of a young man turn into memories as he ages. You may argue that specialists already predicted the MCU's "Phase 3" to be a disappointment to audiences due to its large number of unfamiliar characters and stories that have to be tied into an epic finale - but so far, it has proven to be a false prophecy, considering that Marvel movies are now more successful than ever.

Well, there's always the fourth phase of the Marvel movie universe - one that will bring on new characters and be done with a few of the familiar faces. Count out the ones that perished in Infinity War, plus Robert Downey Jr., set to be replaced by a new Iron Man in the upcoming Infinity War sequel next year - this movie will end the original Avengers story arc covered by the 20+ movies released in the last decade. The entire MCU may explore fresh directions - as it did with Ant-Man, the Guardians of the Galaxy, and Black Panther. Will it be a direction people will embrace?

According to Kevin Feige, Marvel is now planning to release movies through 2025. They may be movies without Robert Downey Jr. and Chris Evans (their contracts expire after Avengers 4) but there are still enough familiar faces and characters we're not done with yet - like Doctor Strange, Black Panther, Spider-Man, the Guardians of the Galaxy, and so on, and so forth. But we'll have to wait: Marvel will not start announcing new movies until after Avengers 4. At least for the time being, we're safe from being disappointed by Marvel. As for the future - only time will tell.