In 2007, as Leader of the Opposition, John Key signalled that in government, National would tackle the intractable problems of intergenerational dependency and social dysfunction that were fuelling a growing underclass: “I have no intention of being a Prime Minister who tackles only the easy and convenient issues. I don’t pretend I’ve got all the solutions. But I can tell you that dealing with the problems of our growing underclass is a priority for National, both in opposition and in government.” 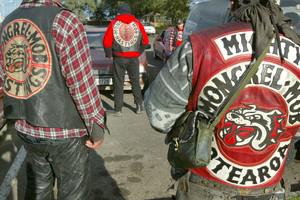 Once elected, the National Government prioritised social reform. While addressing persistent social failure is a long-term process, their approach has been to make use of technological advancements to develop accountability measures and to provide open access to leading-edge information in a genuine attempt to find long-lasting solutions.

As the Deputy Prime Minister Bill English explained last month, when releasing new data on vulnerable children and an interactive web tool to track their whereabouts, “We’re making this publicly available in part because service providers also need to understand the people they are trying to help. We want to open up more data sets to public scrutiny – with appropriate privacy controls – allowing NGOs and the private sector to do their own analysis and draw their own conclusions.”

The new information on at-risk children aged up to 14 years old, builds on the previous data releases on 0 to 5 year olds and 15 to 24 year olds. It essentially shows that there are four key risk factors for children: child abuse or neglect, welfare dependency, a parent who’s been in prison, and a mother who lacks formal educational qualifications.

This high risk group includes many of the 6,000 to 7,000 children living in gang families.

According to data compiled by the Police, as at July 2014, there were an estimated 3,960 adult male gang members in New Zealand. Around 86 percent were patched – the rest prospects. The Mongrel Mob and Black Power accounted for two-thirds.

More than 30 percent of the total prison population were affiliated with a gang – and the proportion was growing. Gang members re-offend at twice the rate of non-gang offenders, and with increasing seriousness. They were disproportionately represented in prison violence with close to half of all individual perpetrators of prison incidents identifying with a gang.

Over their lifetime, gang members were charged with an average of 53 offences, while the 50 gang members with the highest number of charges averaged 229 each.

By the end of 2014, gang members had received some $525 million in welfare assistance during that 20 year period – $382m in main benefits and $143m in supplementary benefits such as the accommodation supplement and hardship assistance. The average was around $132,000 per gang member.

Nearly a quarter of gang family children aged 10 years or older had been involved with the Youth Justice arm of Child, Youth and Family.

As these statistics suggest, without appropriate intervention, the children of gang members are on the path to social dysfunction and will likely become a heavy burden on society – both in terms of their behaviour and their long-term financial cost.

It is this intergenerational cycle of gang influence that the government is trying to break, through four new initiatives that are using a whole of government approach. The Ministers of Police and Social Development updated progress on these projects last week.

One of its first projects has been to illustrate the intergenerational nature of gang influence, by mapping out the profile of a fictionalised gang family across three generations. The family tree starts with Ruby, a 71 year old great grandmother who’s been a long term beneficiary. She’s married to a gang member and has nine children including some from a previous relationship. Out of her nine children, only one is no longer on a benefit – the only one not to have been involved in domestic violence or crime.

In a Radio New Zealand interview, Police Minister Judith Collins described the family of one of Ruby’s children called Jo: “She’s 49 years old, she has a husband who’s a gang member, she’s currently a beneficiary, she’s been a victim of family violence and she’s offended as well – quite seriously. For some reason, Jo has also been made the caregiver of a relative. She’s had seven children and her partner has offences – family violence, serious violence with weapons, aggravated robbery with firearms – and he’s been to jail.

“They have multiple children as well – 12 children between them all – and one of those children, who’s not even 17, is a current beneficiary.

“What we are trying to do is stop these kids, these little kids – 12 of them – from ending up just like their parents.”

A second initiative designed to steer gang members and their families away from crime and violence is the Start at Home project. Social Development Minister Anne Tolley explained that of the two pilot programmes underway in the Bay of Plenty and on the East Coast, one is focussed on working with the community and the other on working intensively on a one-to-one basis with the families: “We are trialling different things to see what’s the most effective, and to see whether we can break that cycle.”

The third initiative involves two newly established multi-agency dedicated enforcement taskforces – the Outlaw Motorcycle Gang Border Protection Taskforce to crack down on drug trafficking and stop new gangs from entering the country, and the Criminal Asset Confiscation Taskforce to seize the proceeds of crime. To date, over 334 kg of methamphetamine with a street value of $334 million has been recovered, and groups linked to organised crime have forfeited almost $14 million worth of assets and profits derived from crime.

The fourth initiative involves legislative change. The 24-hour GPS monitoring of high-risk offenders following release from a prison sentence of two years or less has now been introduced, to prevent their association with known gang members. Interim freezing orders have also been introduced to facilitate the seizing of the proceeds of crime. Firearm Prohibition Orders are well advanced, to restrict the access of certain individuals to firearms. And drug detector dogs are being considered for domestic ports.

Without a doubt, the effort needed to break the complex intergenerational cycles of criminality and dependency cannot be understated.

Some countries are now using a new approach to tackle such intransigent social problems – Social Investment Bonds. These involve private sector investors, in partnership with service providers, putting up the capital for well-defined and measurable social projects that have been approved by the government. If the programmes deliver the contracted levels of success – saving the government the social cost – the investors get their money back along with a performance bonus. But if they fail to deliver the required outcomes, the investors lose their investment.

I asked Jane Newman, the International Director of a leading social bond agency, the UK based Social Finance, to provide a rundown of the project and the success they have had to date. She explains:

“When Social Finance launched the world’s first Social Impact Bond in 2010 our aim was modest, but our ambitions radical:  we wanted to test the idea that it was possible to make positive social change investable. And we wanted to shine a light on a problem within our criminal justice system to make the case for more preventative, up front investment.”

Jane explains that their first social bond project was designed to reduce re-offending rates for short term offenders released from prison in the UK, by providing voluntary support after they left prison. At the programme’s conclusion, the reduction in offending had exceeded the target, leaving social bond investors ready to receive back their investment along with a bonus.

She continues, “Five years on, we could not have imagined that the Social Impact Bond (SIB) and the ideas behind it would have resonated so widely.  There are now 50 SIBs which have been launched and are in delivery, spanning 9 different countries, with many more projects and pilots under active development, including New Zealand where the Ministry of Health is in negotiations for a first SIB pilot.”

The New Zealand government has been considering social bonds for some years. Spearheaded by the Ministry of Health and Treasury in 2013, a comprehensive process is underway to pilot a small number of projects sequentially this year.

Jane concludes: “SIBs have now developed in many social issue areas.  They are tackling problems such as adolescents at risk of going into care, social isolation among the elderly, and multiple SIBs have been commissioned in the UK and elsewhere which target employment and employability, in its different dimensions, among pockets of marginalized young people. The attributes to look for in these programmes reflect what we’re learning: rigour in the underlying analysis of the social problem; clear focus on outcomes; operational design; a flexible funding model; using the rigour of data to inform an adaptive learning approach to delivery.  These are the principles that have shown the potential to drive change.”

If the Ministry of Health’s social bond pilot projects prove the concept is viable for New Zealand, then it opens up the possibility for a new approach to tackle some of those entrenched social problems that continue to blight the lives of vulnerable children and prevent them from achieving anywhere near their potential in life.

Do you believe the government’s new measures for dealing with the gang problem are adequate?