Tidal Measurements at the Isle of the Dead Port Arthur

Planbooktravel.com.au is one of Australia’s leading location-based information and mapping sites. The site brings together interactive maps and town information, allowing users to research, contribute, review and rate content and build personalised folders for their own use or to share with others.

In 1841, Thomas Lempriere and Antarctic explorer Sir James Ross chiselled a mark into the rock face at Port Arthur’s Isle of the Dead.  What possessed Lempriere to row out to this Island for the next four years, using a rudimentary tidal gauge, to take readings.  (Did he have a premonition of the global calamity that threatens us now?). 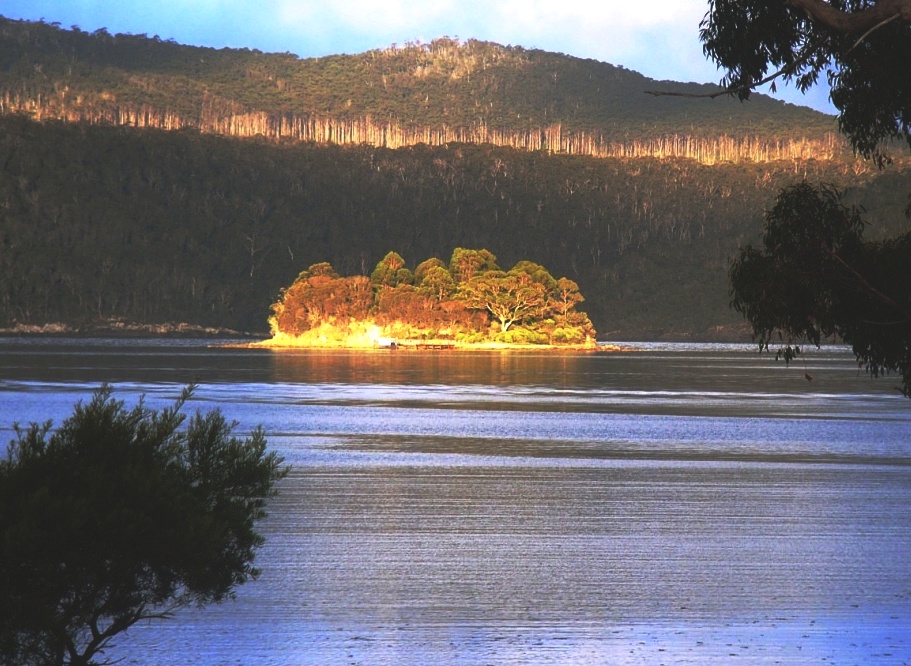 His meteorological records, believed lost, were recently located in the archives of the Royal Society, London.  Who would have thought that after 160 years these tidal observations would attain prominence as sea level rise and global warming dominate world concern.

Lempriere was a scientist, storekeeper, author and artist who also spoke five languages.  These interests obviously did not keep him fully occupied as in May 1823 he married Charlotte Smith and they had twelve children.

In 1999, supported by funding from the University of Canberra and CSIRO, a state-of-the-art tide gauge was installed on the Port Arthur jetty, across the bay from the Isle of the Dead.  Three years of data were recorded and compared with the two-year record made in 1841-1842 by Lempriere.  Detailed analysis of the data indicates a sea level rise of 1mm /year from 1841 to 2002.

The tide gauge was removed in 2002, however sea level monitoring continues around the world.  Australia's Bureau of Meteorology’s National Tidal Centre monitors sea levels at 12 stations throughout the South Pacific.

The early 1990’s saw the beginning of high-accuracy satellite altimetry to monitor sea-level.  These observations combined with tide gauge measurements now indicate a mean sea-level rise of 3 mm/year.  The Transatlantic Jason-3 Programme has now been approved thus ensuring a continuation of the measurements which are a key indicator of climate change.

I have a vested interest in sea level rise as Burilda Waters is on the waterfront overlooking the Isle of the Dead.  The property is only about 0.5m above the high tide level.