There's No One Right Way To Travel To China 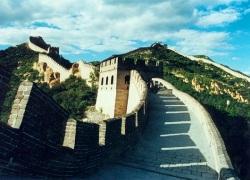 A traveler might wonder where to begin in a foreign country that is slightly smaller than the size of the United States with over 5,000 years of recorded history. The wonderful advantage to traveling China is that there is no right or wrong place to start. China's fascinating past is written all over its 23 provinces,* 5 autonomous regions and 4 municipalities. The Special Administrative Regions of Hong Kong and Macau are also part of China's government under a "one country, two systems" law.

Greater Than the Great Wall: Travel to China's Many Wonders

China is a mecca for human-made and natural wonders. The southern Tibetan border is home to the world's tallest peak, Mt. Everest. Take in the inspiring Himalayan view then head north and travel through the majestic Three Gorges, a 120-mile stretch of plummeting cliffs along the Yangtze River. Stand in the middle of the largest plaza in the world, Tiananmen Square, at the heart of the capital city, Beijing. While in Beijing, visit the Imperial Palace and find out why it is known as the Forbidden City. Then, venture south to discover a true artistic Qin Dynasty treasure in Xian, where over six thousand Terracotta Warriors are arranged in battle formation on 14,000 square meters of land.

Hong Kong and Macau: Another Way to Experience China 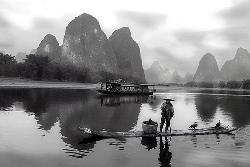 These two regions are governed with a significant degree of political and commercial autonomy and are China's most prominent examples of the fusion of cultures brought about by colonialism. While travel to these provinces provides a very different experience from the rest of China, they are by no means lacking in worldly wonders or the authentic Chinese lifestyle.

Hong Kong came under British rule in 1841 after centuries of British involvement in the silk and tea trade. The expansion and modernization of this global port city attracted commercial and cultural influences from all corners of the world. China regained sovereignty over the British colony in 1997 but agreed to leave the democratic government structure intact. What has resulted is an unparalleled bastion of progressive ideas, pioneering technology and architectural phenomena like the world's three longest bridges.

Thirty-five miles west of Hong Kong across the Pear River delta, the enclave of Macau is perched on a peninsula surrounded by small islands. Portugal had established sovereignty over Macau in 1887 after a history of heavy trade and navigation in the region. The Portuguese finally ceded all authority back to China in 1999. The sophisticated blend of Chinese and Portuguese art, architecture and cuisine define Macau's truly enchanting character. In Macau it is commonplace to enjoy an espresso and pastry for lunch and Dim Sum for dinner, accompanied by a fine Portuguese wine. 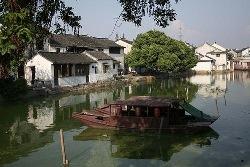 Be sure to set aside ample time to explore Hong Kong and Macau as part of your itinerary to travel China!

* It should be noted that China considers Taiwan to be its 23rd province; however Taiwan essentially functions as an independent nation and is not easily accessible from mainland China.

For more information on traveling to China and other areas in Asia, visit