Rick Chapo is with Nomad Journals - makers of travel journals.

In 1999, I moved to Chita, a city in Siberia, Russia to teach for a year. After seven days of planes, trains and, well, more trains, I was ready to experience Chita in all its glory. 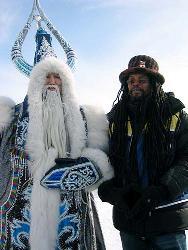 Riding on a train for three plus days does weird things to your equilibrium. You tend to develop a natural compensation for the swaying. Unfortunately, your body doesn’t just snap back when you finally get on solid ground. As I stepped off the train, I did this sort of forward, sort of sideway shuffle. I can only image I must of looked like I had been investigating the better brands of Russian vodka. On top of this, I hadn’t had a shower for three days. Things quickly got worse.

Awaiting Grae, a fellow American, on the train platform and me were our hosts Natasha, Oleg, Dima and a few others. They were in formal wear. They didn’t smell. In retrospect, I have to give them an incredible amount of credit. Upon seeing us, they continued to smile, didn’t roll their eyes and nobody grabbed their nose. Heck, I was holding my own nose. Greetings were made and off we went to promised food and showers.

Being an American, I had often warned out of town friends about “Montezuma’s Revenge” if they drank water when visiting Mexico. There isn’t anything wrong with the water. It just has different bugs than ours. You would think I would be smart enough to follow my own advice. [Don’t say it.] Yep, I was suffering from “Lenin’s Revenge” by the early afternoon of the first day. My hosts were kind enough to leave me in peace once they noticed my distress. If only I had learned the Russian word for “Pepto!”

As seems to happen all to often, I had made a less than stellar first impression! What the heck, I was only going to be living in Chita for a year. 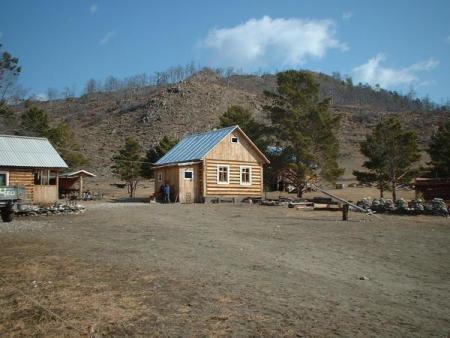