Nivedita is with The Reservation Center - providers of discounted tours to make your holidays and sightseeing trips in various cities across the world as comfortable and enjoyable as possible.

New York City, officially named the City of New York, is the most populous city in the United States, and the most densely populated major city in North America. The city is at the center of international finance, politics, entertainment, and culture, and is one of the world's major global cities (along with London, Tokyo and Paris) with a virtually unrivaled collection of museums, galleries, performance venues, media outlets, international corporations, and stock exchanges. The city is also home to the United Nations, along with all of the international missions associated with it. 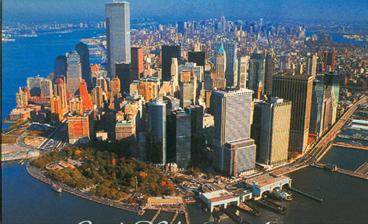 Long before the arrival of European settlers, the New York City area was inhabited by the Lenape people, including such tribes as the Manahattoes, Canarsies and Raritan. 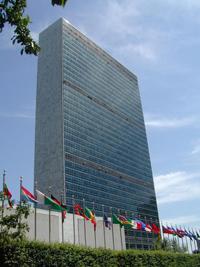 Tourism is a major local industry, with hundreds of attractions and 39 million tourists visiting the city each year on average. Many visitors make it a point to visit Ground Zero, the Empire State Building, Times Square, Radio City Music Hall, the Statue of Liberty, Ellis Island, Wall Street, United Nations Headquarters, the American Museum of Natural History, St. Patrick's Cathedral, Fifth Avenue, and the Brooklyn Bridge, among other attractions. There are over 28,000 acres (113 km²) of parkland found throughout New York City, comprising over 1,700 separate parks and playgrounds. The best known of these is Central Park, which is one of the finest examples of landscape architecture in the world, as well as a major source of recreation for New Yorkers and tourists alike. Other major parks in the city include Riverside Park, Battery Park, Bryant Park, Prospect Park, Flushing Meadow-Corona Park, Washington Square Park, and Forest Park.

New York is a city of great museums with the Metropolitan Museum of Art's assemblage of historic art, the Museum of Modern Art and Guggenheim Museum's 20th century collection, and the American Museum of Natural History and its Hayden Planetarium focusing on the sciences. There are also many smaller specialty museums, from El Museo del Barrio with a focus on Latin American cultures to the Cooper-Hewitt National Museum of Design. A number of the city's museums are located along the Museum Mile section of Fifth Avenue. 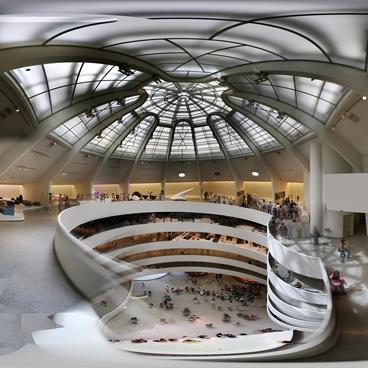 Interior panorama of the Guggenheim Museum