Lukas likes to write about music. He is vaguely respected as a critic. His musings have found their way into a wide range of international magazines and a variety of credible websites. He is music editor here at Get Frank, and hates having an empty inbox, so drop him a line with any questions or comments at lukas@getfrank.co.nz

I've always liked Thursdays… A distaste for Mondays, Tuesdays and Wednesdays really doesn't have to be explained. Rebecca Black has forever ruined Friday for me. Saturday is all about anticipation, and the day itself is generally lost in the buildup to 'the night.' Sunday Bloody Sunday is a day of raging headaches, fatty foods, ‘fat pants’ and a profound sense of dread that another week has gone by and you've essentially accomplished nothing; when you stop and think about it, you realize that your life is beginning to look like a bad sitcom, and you wish you could find some remote and change the channel…

… Sundays are hard. But Thursdays on the other hand are great: you're over the hump, the prospect of the weekend puts a spring in your step, there’s no terrible music about the day, and, in Dunedin at least, it’s the best day of the week for live music.

This particular Thursday night starts off like so many of mine do. In preparation for a birthday BYO, the girls doll themselves up with way too much foundation and lipstick, and the guys button up their shirts all the way, because that's what you do these days and it doesn't matter that it’s largely uncomfortable, or that it doesn't actually make any sense because shirts are only supposed sto be buttoned all the way up when you're wearing a tie; the fashion catalogue told us that it’s the 'cool' thing to do, so nobody is asking any questions.

I digress, en route to an Indian restaurant, our party of twenty stop at a liquor store and proceed to debate about the merits of low-end wine. But, as usual, we end up simply selecting the cheapest bottle available. Ten dollars later, I find myself ordering a curry and a naan, and sipping a glass of white wine, pretending it doesn't taste like vinegar.

Glasses are filled and refilled; emptied and spilled. Our party of twenty drinks fast and erratically, and laughs at everything. But it’s not a natural laugh that fills the air, intermingling with the heady Indian aromas. It’s more like that old ‘80s sitcom canned laughter: forced, scripted and unfunny. As enough time passes more and more of that recorded audience, laughing away at every joke, dies… And so we laugh along to the worldly remains of a room full of ghosts; a spectral reminder that life is oh so brief.

But brevity of existence is not on our mind tonight. We gulp down the glorified grape juice and lap up the exaggerated butter chicken; before dinner is finished there’s vomit on the bathroom floor. I sip my sweet wine and laugh. There really is nothing else to do.

And then there's the music. We arrive at Dunedin’s favorite grungy venue, ReFuel, thirty minutes after the gig's advertised start-time, but are still thirty minutes too early. We mill around the bar and consider playing pool, but don’t.

First up on this particular Thursday night, is the young Dinosaur Sanctuary, who play their energetic noise-rock to a largely empty room, but manage to get everyone's attention with a hilarious and awesome cover of "Smells Like Teen Spirit." My ears ring, and I think about getting some fresh air.

At this point in the night, a girl from our party sprays a bathroom stall with Korma-colored vomit, while onstage Two Cartoons attempt to inject some life into an inanimate audience. The fuzz-pop duo are polished and professional, and thoroughly entertain the slowly-growing crowd. 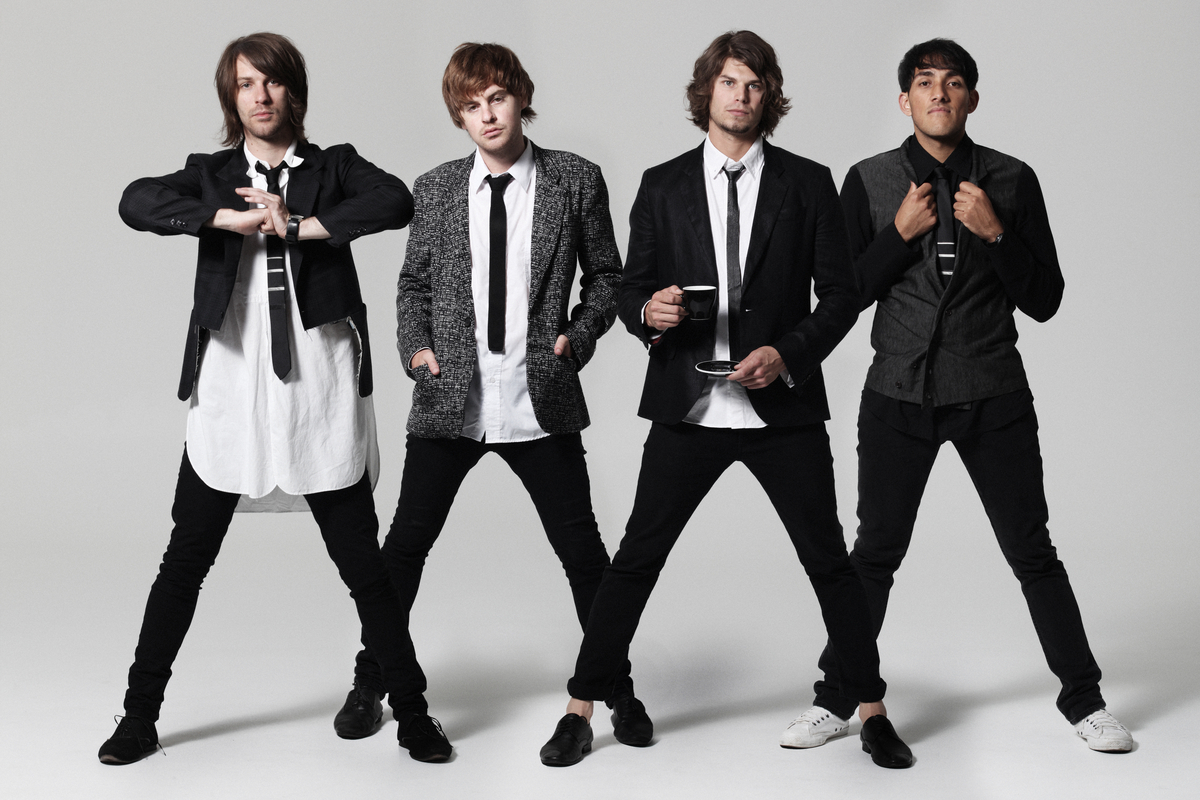 Now for the main attraction. Clap Clap Riot enter stage right, and immediately launch into a sweaty, frenetic and electrifying set. Suddenly ReFuel isn't empty, and the audience is jumping along to the Auckland quartet's euphoric dance-rock. We sing along to "Yoko Ono" and clap in unison to "Never Go Back." The final two songs, “Everyone’s Asleep” and “So You Say,” completely satiate the hungry crowd; though we all cry for an encore when the band begins to leave the stage.

And so they kindly play us one more, “though it’s not our own,” frontman Stephen Heard warns. We couldn’t care less, and as the dirty chords of The Clash's "White Lies" fill the room, the crowd charges onto the stage, while my friend Lucy successfully seduces one-half of Two Cartoons. And Thursday night turns into Friday morning…

Clap Clap Riot have recently released their debut LP, Counting Spins. It’s an awesome record, and I’d strongly suggest you get yourself a copy: http://itunes.apple.com/nz/album/counting-spins/id535552756