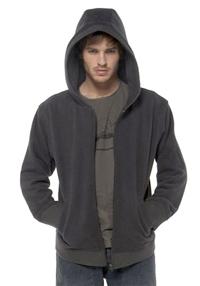 The hoodie has lived a long and varied life - from the company Champion clothing freezing factory workers in 1930s New York, to the developing hip-hop culture in the same city 40 years later in the 1970s. (You could even argue that the cowl of Catholic monks going back to the Middle Ages was the prototype for the hoodie). However, the anonymity sought by your standard hip hop devotee from Brooklyn was for entirely purposes. Thug purposes - the connotations of which the hoodie has never managed to fully escape to this day, with the UK viewing the hoodie as a badge of criminality and certain areas and malls banning the garment entirely (even as they continue to sell them).

High fashion quickly appropriated this street revolution, but the most critical moment in the rising popularity of the hood came when Rocky Balboa triumphantly ascended the stairs of the Philadelphia Museum of Art in Rocky. This iconic cinematic moment aligned the hooded sweatshirt with the workingman’s hero, street thug and striving athlete – the American dream in cotton, forever cementing it as a universal piece of masculine clothing. 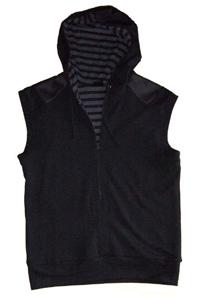 The unassuming garment went on to find popularity amongst skaters, surfers, US college students and your everyday guy, before being claimed by fashionistas after hitting the runways of the likes of Giorgio Armani, Tommy Hilfiger and Gianni Versace. When there’s so much on offer it’s really no wonder the hoodie has been embraced by designers and consumers alike, as an ever-evolving fashion staple.

So here then, we pay homage to the humble hoodie, a garment that for men, transcends seasons, styles, cultures and religion - after all, show us a religion that doesn't feature men with some form of hood in their prescribed attire and we'll show you a pseudo-religion. Quiet down Scientologists, you can have one too. Join together bogans and chavs, 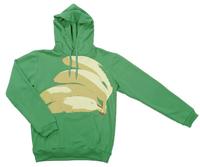 muscle-mary gym bunnies to CEO's on barbie duties, skaters, surfers and all points in between, you really can't go past your favourite hoodie for full-on comfort. Whether you're at the gym, the beach, the mountain - or curled up on the couch on a rainy Sunday arvo watching a DVD, there's nothing more appropriate than a man's hoodie. Cheers. 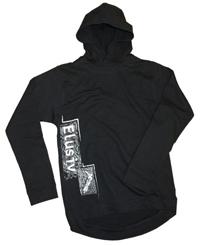