Bing, Harris and Co. was established in Dunedin in the mid-1850s and quickly became one of the most prominent importer and exporter of general goods in New Zealand, particularly clothing. They also began manufacturing clothing locally after the First World War out of their Dunedin based factory. 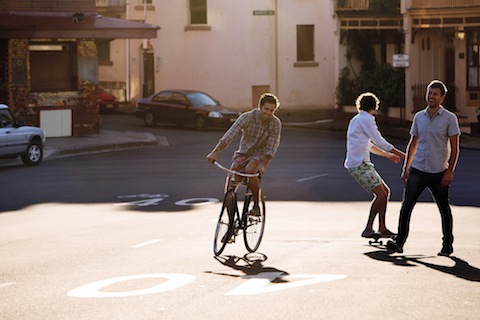 October 2012 has seen the re-emergence of this history-rich brand into our fashion landscape in the form of Bing, Harris & Co menswear. With its fresh, affordable and on-trend design focus, Kiwi guys are spoilt for choice for their summer threads.  The Bing, Harris & Co. range includes coloured fabric jeans, yardage printed and chino shorts, shirts with sleeves rolled up and secure with braces clips, printed tee’s, polos and singlets, Spanish canvas shoes, and a comprehensive denim collection in skinny, slim, and straight-slim fits. 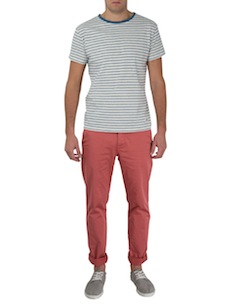 Head Designer Alistair Ramsay began sewing his own jeans, age 15 on his mother’s dusty Springer. He went on to design and make his own formal suit and his dates dress for the occasion and was never in doubt about launching into a career in fashion. Many years later, Alistair is excited to launch the iconic label back into the New Zealand and Australian markets “The Bing, Harris and Co. launch collection is all about summer. I was heavily influenced by photographers such as Slim Aarons, actors Steve McQueen, Dustin Hoffman in the 1967 classic The Graduate, 70s beach houses with sun shining and feeling carefree, fun and relaxed” enthuses Alistair. “Inspiration for prints has been sought from 1970’s Hollywood, 70’s designed Los Angeles wallpapers with lots of colour, complimented by subtle branding, contrasting materials and attention to quality and detailing.”