I’ve been postponing the moment to write on this subject for a few weeks, but now that it is f…rankly cold, it definitely seems relevant. That’s one of the great things of writing for a website - you’re not tight with printing deadline! That’s ultimate journalism. Don’t you hate reading the Christmas issues in October? I do.

Anyway, when it comes to wine there are not four seasons but two: the refreshing wine season and the warming-up wine season – some might say that any wine drunk in decent quantities will warm you up any season, and I have to admit I can’t argue that point.

Traditionally, and quite fairly, ones think ‘red’ when the temperature gets closer to zero than thirty. I do too. There are many options though and I thought I’d pick you the perfect winter wines from most of the world wine regions available in New Zealand.

Waiheke Island:
Cable Bay Five Hills
A rich and complex blend of Merlot (53%), Cabernet Sauvignon (24%), Cabernet Franc (16%) and Malbec (7%) coming from five different vineyards planted on five different hillsides, as you would have guessed. In a nutshell, it’s a really good kiwi version of a really good Bordeaux. When it comes to Waiheke reds, I’d recommend you to go for 2005 - a great vintage, so bear that in mind. The wines have poise, elegance and intensity, and are very food-friendly which is what you need in winter.

Hawke’s Bay:
Stonecroft Zinfandel 2004
This might be one of the most over-looked New Zealand wines and that is a mistake. Zinfandel is this trendy US grape-variety also known as Primitivo in Italy. Only Kemblefield and Stonecroft produce some in NZ – to my knowledge anyway – but they are two great examples. Zinfandel wines should be drunk in their first five years, which is why I reckon this one is just perfect for this winter. It’s got big, warmy, fruit flavours with strong notes of plums. Lovely on its own or with rich and mild-spiced tajines.

Martinborough:
Julicher Pinot Noir 2003
Maybe the best value of this selection. Julicher (pronounced “U – li –ka”) is a winery I have just discovered but which is celebrating its 10th anniversary this year. They now have 20ha on the Te Muna Terraces and also make Riesling (5 stars in Cuisine mag), Chardonnay, Sauvignon Blanc and Rosé. If tasted blind, I would have said that this 2003 – great vintage in Martinborough - was probably worth around $55/$60. If this one is just a bit pricey, try the “99 rows” (under $30), a new label – and only pinot - they released in 2004 because they thought it wasn’t good enough to be put under the usual label. Tasted the same night as Ata Rangi 2004, it was a clear winner!

Marlborough:
La Strada Syrah 2005
La Strada is the “entry level” range of the Fromm winey based by Blenheim Airport. It’s quite unusual to pick a Marlborough Syrah but again, everything is – almost - possible when one works very seriously. And that’s what they do over there. Planted on a north facing hillside to get maximum sunshine, it is a medium-bodied syrah that would match perfectly a hearty and savoury “Boeuf Bourguignon”.

Waipara:
Pegasus Bay Maestro 2001
The top ‘Bordeaux-style” from one of New Zealand’s iconic wineries. I had bought two bottles a while ago and only opened one two weeks ago. I was very happy to see that it was still remarkably young and fresh (though under cork). It’s a blend of Merlot (75%), Malbec (15%) with a dash of cabernet franc and cabernet sauvignon. It starts to be drinking pretty well now, but I’m even happier I got two bottles.  It’s true that Pegasus Bay is very famous for its exciting Riesling but you shouldn’t overlook any of their other wines as they are all of exceptional quality.

Central Otago:
Nanny Goat Vineyard Pinot Noir 2005
Difficult to find any red grape-variety other than Pinot Noir in that part of the world! If someone can think of one, please let me know! So obviously, many to choose from, so I’ll just go for one I tried recently and liked very much. Classic Central Otago: fully flavoured palate of blackcurrant and spice. The kind that warms you up, matched with a nice rack of lamb or even some tasty venison. 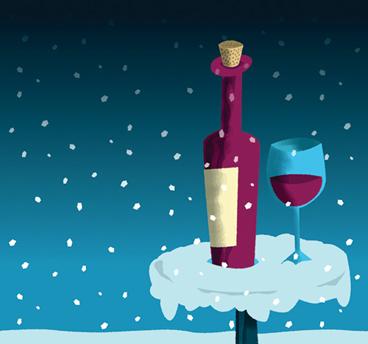 Bordeaux:
Moulin de la Lagune - Haut-Médoc 2003
During winter, you need a rich Bordeaux wine to accompany a nice beef eye-fillet with pepper sauce for instance. The perfect ones available at the moment are from 2003 (heat wave vintage). As a treat, I’d go for one from the Médoc region, cabernet-based and full-bodied like Le Moulin de la Lagune. It’s the second wine (‘second label’) of a classified growth called Château la Lagune.

Burgundy:
Gros Frere - Vosne-Romanée 2003
A Burgundian Pinot Noir with a touch of new world. Vosne-Romanée is the home town of some of the most prestigious – and expensive – Pinot Noir in the world. The famous Domaine de la Romanée Conti – aka DRC – is based in Vosne-Romanée for instance. Sometimes Burgundy wines can be very restrained and earthy, but this one is deliciously juicy, fleshy and quite fruit-driven. It was the perfect match to a Coq-au-vin that I’ve had not long ago. Definitely wintery!

Cotes-du-Rhone:
Jaboulet Châteauneuf-du-Pape Les Cedres 2003
To me, Chateauneuf is a paradox. It is made in the warmest part of France and yet, I find it much more suited to cold climate. It’s rich and generous, quite high in alcohol (to French’ standards anyway). This one is Grenache-based – as usual from that appellation – and the fact that it is a 2003 gives it a very approachable dimension, very straightforward. 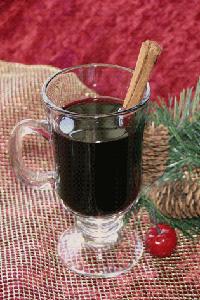 This baby has just arrived in the country and it is such a good deal. Solar Viejo is a very old winery from the Rioja region. Although Rioja is producing more and more, very modern, over-extracted, single-dimensional wines, this one is known to be one of the classic ones and remains so. You’ll find this wine on most of the wine lists of simple and top restaurants in Haro, capital of the Rioja region. Surely a good sign. Rioja are tempranillo-based (at least 80%) which is a grape that would roughly be a mix of Cabernet, Syrah, Grenache. Give that a go!

There are obviously many other options and some more obvious ones like big Aussie reds, but I just thought that it would be interesting to offer you the possibility to discover new wines, off the beaten track wines. They will all definitely do the trick during the coming cold weeks.

Not happy with those? Well, drink mulled cask wines and pray for summer to come back soon!

Ben’s top drops of the week

Are you kidding? Don’t you have enough with the above? I wouldn’t want to be responsible for increasing your weekly consumption of wine because, if it’s anywhere near as high as mine, believe me, it’s high enough.

Read me next week!