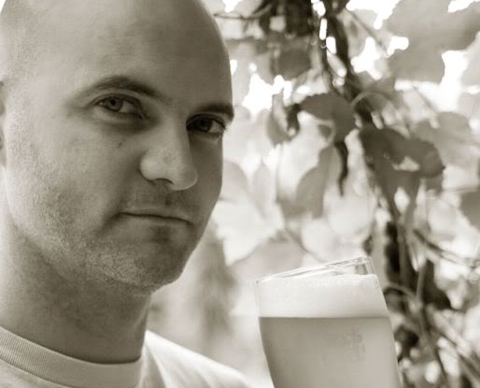 1. Fresh is best
When choosing beer, fresh is definitely best. The longer the beer has been in the bottle the worse the flavour gets.  A lot of the beer you see in shops is many months past tasting its best.  Beer in the bottle loses its lovely fresh hopping flavour very quickly, especially when exposed to the enemies of beer; which are heat, light and movement.  Beer stored and chilled in the dark will always taste better then beer that is stored in a hot well-lit storeroom.

Buying beer as close to the source of brewing as possible is not only environmentally hip but is also common sense.
At Hallertau the beer is served fresh on tap from the maturation tanks.   Our bottled beer is bottled in small batches and kept chilled all the way to the customer.   We only supply bars/restaurants and boutique retail outlets that care as much about the quality of our product as we do.

2.    How (fresh, natural) beer is made
At Hallertau we brew our beer the old fashioned way, naturally. Our beer is unpasteurised and contains no preservatives or artificial additives unlike the big brands.

Firstly Malted barely is mixed with hot water to create the mash.  Which produces a hot sugar liquid called wort.  This is collected in the kettle and boiled with the hops to add bitterness flavour and aroma.  Hops are part of the family ’cannnabaceae’ which is the same as marijuana.

Yeast then ferments the hopped wort producing carbon dioxide which makes the fun and alcohol, which makes the trouble. The beer then matures cold for a couple of weeks and is ready to serve.

3.    Good beer is like good wine
At Hallertau we have taken a really fresh new approach to brewing beer.  We talk a lot, not only about flavour but also texture and balance.  We are trying to create a product that is targeted more at wine drinkers rather than traditional beer drinkers.  Your average Kiwi beer drinker buys the same box of beer every week because he like the way the beer is marketed, this guy never actually stops to consider what the beer actually tastes like.

If we are being honest the bulk of NZ beer drinkers don’t want annoying things like flavour getting in between them and getting drunk.

Wine drinkers tend to have a preference for a variety of grape but don’t buy a box of the same wine every week.  It is more common for a wine drinker to drink a lot of different wine with an open mind to flavours they are tasting and giving thought to what they like and dislike.  We find wine drinkers trying Hallertau beer with comments like, “I done normally drink beer because its shit, but this stuff is pretty good.

The beers at Hallertau are loosely based on international styles but through use of local raw materials we strive to create a unique produce that appeals to the local palette.  The malted barley is grown and malted in Canterbury, hops grown in Motueka.

4. Big isn’t necessarily better
Beer produced at a large scale, is intended to be drunk by a large amount of people.  The highest volume beers tend to be those with the least amount of flavour so they’ll offend the least amount of people.  We jam pack or beer with loads of delicious food match able flavours, but not everyone is ready for that much flavour in a beer. Imagine giving a dry racy Sauvignon Blanc to someone who normally drinks medium white wine out of a box.

5. Beer is healthy
Drinking beer has health benefits, yes really.
Very few people know beer has zero fat, zero cholesterol and has naturally low carbs.  Most of the kilojoules come in the alcohol, which is relatively low anyway compared to most wine or spirits with mixers.

What’s more, fresh beers such as those we make at Hallertau are even healthier as they are unpasteurised and contain no preservatives or artificial additives , which helps to retain all the health benefits of the hops.
Beer gets a bad rep because a lot of traditional beer drinkers combine beer consumption with poor diet and lack of exercise. Little do they know that – “It’s the chips stupid!”

Moderate beer consumption combined with reasonable exercise and a balanced diet can result in a full and happy life.
There is also Japanese research to suggest that the isoalpha acids in very hopping beers can actually break down fat cells.