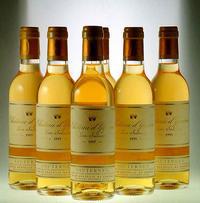 It’s time for me to show off! I hosted a very special event last year:  the first public vertical tasting (8 different vintages) of Château d’Yquem ever held in New Zealand. Yes. Me!!! OK. For those who might have heard about Château d’Yquem but are not sure what it is, I’ll explain now and I’ll try to make it short as it's history is centuries long!

To put it simply, Château d’Yquem produces the most famous and best sweet white wine (or 'dessert wine') in the world. Needless to say that it is also the most expensive but there’s a reason for that.

It is known that Thomas Jefferson and the Tsars from Russia were big fans of Château d’Yquem, but more recently, famous writers all over the world have recognised Yquem’s uniqueness. Frederic Dard, in France, used to say that “Yquem was not a wine as there are many wines in the world and Yquem is unique”. Some said that it had the taste of “pure gold”. Yquem’s ability to age gracefully for ages is also legendary. Michael Broadbent, a very famous English wine writer, said in 1985 of the 1784 Yquem: “the wine was perfect in any sense: colour, bouquet and taste.” 1784!!! Two hundred and one bloody years!!! 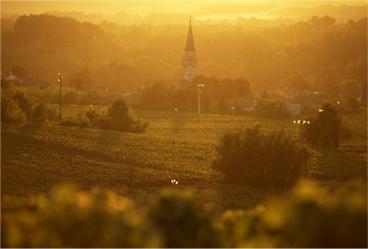 Château d’Yquem is located about 40 kilometres south of Bordeaux (in the southwest of France) in the little town of Sauternes. The wine is made out of botrytised sémillon and Sauvignon Blanc carefully picked by highly trained and experienced pickers, in several waves or “tries”, usually from September to the end of October (and once until Christmas Eve!).

To get botrytised grapes suitable to make good sweet wines is a tricky, costly and risky process. Basically, once the grapes get to the usual full maturity to make dry wine, you leave them on the vine for a longer time to get over-ripe berries, producing an exceptional concentration of sugar. In the unique terroir of Sauternes, thanks to the meeting of the cool river Ciron and the warmer Garonne, you get night mists that then encourage the growth of 'Noble Rot'. This fungus dries out the grapes (the water evaporates) and leaves the juice in the grape with very high levels of sugar. This is when the grapes wil be picked and very gently pressed to make divine nectar. You usually get not more than a glass per vine, 900 litres per hectare when most of the other estates are more around 2000 litres!!! 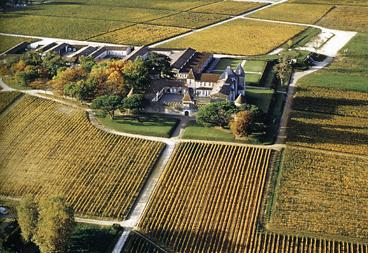 In the Sauternes region, only 27 “Châteaux” were classified as 1st or 2nd Growths of Sauternes, but Château d’Yquem was seen as better than the rest and was granted the first and only 1st Great Growth appellation in the whole Bordeaux wine region. And somehow, when tasted alongside top other Sauternes, Yquem always presents an extra-dimension - greater intensity, perfume length and aftertaste.

I realise that I have been very lucky to attend one of the best – if not The Best – tastings I shall ever go to. However, after experiencing this unique pleasure, no doubt that one has only one idea in mind – to re-enter the extraordinary world of Yquem.

Ben’s Top Drops of the Week

My taste buds are back to normal. Here’s my selection, this week.

Under $20
Antinori Orvieto Classico Campogrande: $16.40
When told the price of this, I simply could not believe it. Made by one of the most prestigious wine families in Italy, this blend of locals, Procanico, Grechetto, Verdello, Drupeggio and malvasia, is just stunning. Light, refreshing, eleagnt, crisp and yet, full harmonious and soft.

Morton Etate Brut: $18.50
As good as ever. Great consistency from one of the most famous New Zealand wineries. Quite big and creamy. Not many French Champagnes can claim the same quality-price ratio.

Under $30
Mudbrick Malbec Waiheke 2004: $28
There are unfortunately not many good Waiheke reds under $30 but this one is certainly an exception, and I’m not quite sure why. Is it because Malbec is not as 'trendy' as Pinot Noir? Anyhow, it’s big, juicy with dark chocolate and coffee notes. Delicious!

Gunn Estate Sillistria Syrah 2005: $29
For the second year in a row, a very, very good example of Hawke’s Bay Syrah. However - I’d say this one is even better. Not as peppery as the 2004, it reminds me even more of the Northern Rhone red wines and understands more and more why it is called Syrah and not Shiraz.

$30+
Remelluri Rioja Reserva 2001: $49
From Tempranillo grape but not made for Robert Parker, i.e. not big and jammy; a much more subtle style. The one known as “classic Rioja from the good old days”. Beautifully balanced, developing amazingly in the glass and on the palate. Classy!

Bourillon Vouvray Sec 2005: $34
I rediscovered this wine over the weekend and was even more impressed with a bit more age. From Chenin Blanc grapes in a dry style at its best. It’s floral, slightly crisp and getting rounder and rounder. Is it because of the great 2005 vintage, but it is definitely one of the best available in the country.