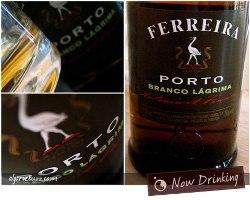 I had a friend in college whose life's goal was to move to France, don a beret, stomp on grapes, and make wine for a living. Though I tried to tell her that there was more to wine-making than purple feet, and that berets were so "Clinton Administration," she ignored me and dreamt of grapes anyway. Though I did not share her winemaking aspirations and decided instead to dream of something much more realistic, like a marriage proposal from Brad Pitt, she did get me thinking about the process, and she got me thirsty for knowledge. This eventually led me to discover different types of wine require different recipes, with one of the most complex belonging to Port.

Prior to actually reading about making Port, I was under the impression that all it involved was people stepping on grapes in bare feet. Because of this, I often worried that I would be drinking Tinta Barroca, and find floating in my glass a human toenail or perhaps a foot corn. But, in truth, port-making is a lengthy, complicated process.

Port wine, also known as Vinho do Porto, Porto, or Porto wine, is a fortified wine that comes from the Douro Valley in the northern lands of Portugal. Produced in Portugal since the mid 15th Century, Port gained popularity in England after the Methuen Treaty of 1703. While this treaty did war-related things reserved for history books, in regards to wine it caused England to become an adopted family for Port, with Portugal being the biological parents. 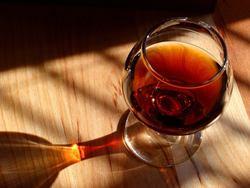 There is no easy way to make Port: no kind comes in a packet with "just add water" instructions. Instead, the process initially involves picking grapes, smashing them, and then placing them in an automated tank where they are further chopped into tiny pieces. After remaining in this tank for nearly twenty-four hours, the grapes begin to ferment and their sugar climbs the food chain, turning into alcohol.

With Port wine, after fermentation begins, timing takes over. Once half of the grape's sugar has been converted, fermentation must be stopped. In order to do this, the wine is mixed with clear brandy (a strong alcoholic spirit distilled from wine) containing a proof of 150. The alcohol in the brandy kills the yeast in the wine, causing fermentation to cease. The ending result is a sweet wine that is about 20 percent alcohol. It is typically served with desserts, cheese, and, of course, desserts made of cheese. 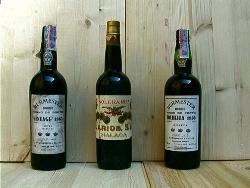 The best Ports to know, the ones to introduce yourself to before sending them down your esophagus, are the Taylor Fladgate Tawny Port, W. & J. Graham's Tawny Port, Smith Woodhouse Vintage Character Port, Niepoort Vintage Port, Quinta do Infantado Single Quinta Vintage Port, and Adriano Ramos-Pinto Late Bottled Vintage Port.

As demonstrated, the process of making Port is not as simple as one might imagine; it involves a little more than simply visiting a vineyard, and being met with thousands of grapes shouting, "Pick me! Pick me!" And, it involves more than taking off your tennis shoes and having a smashing good time. After a careful, lengthy process, the smashing good time will follow.