Believe it or not, one of our most famous wineries, Cloudy Bay Vineyards, was established by an Australian, David Hohnen. It was in 1983 when Hohnen first tasted a New Zealand Sauvignon Blanc - and he was astonished. In 1984 he went over to New Zealand and attended a wine show, where he worked out what was making these Sauvignon Blancs from New Zealand unique: Marlborough. The following year he brought some land in Marlborough. Thus Cloudy Bay was born. The winery is located in the Eastern extremity of the Wairau Valley which was named Cloudy Bay by Captain Cook on his voyage to New Zealand in 1770.

The first release was 1985, but at this time there was no winery, so the wine was made in Gisborne with winemaker Kevin Judd effectively making the wine by phone. The second release, 1986, found its way to the UK, and was rapturously received by the media. The legend of Cloudy Bay was established! 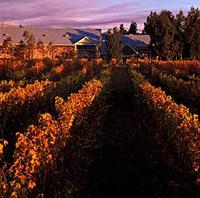 Today the company farms 140 hectares of vines at three carefully selected sites. Vineyards planted in 1986 surround the winery in the Wairau Valley, with additional plantings at nearby Renwick and in the Brancott Valley in the southern foothills. Five long term contract growers also work closely with Cloudy Bay. Despite its fame, the wines are exported to just 20 countries worldwide. Considering Cloudy Bay is owned by Moet Hennessey Wine Estates, which is a global entity with wine representation globally – to this end I was surprised that the wines can be found in just 20 international markets. 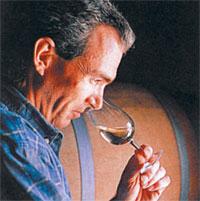 One of the key strengths behind Cloudy Bay today is another Australian (Judd), and he has been the winemaker there from the very beginning. Trained at Roseworthy Agricultural College in South Australia, Kevin first made wines at Chateau Reynella in the Southern Vales before moving to New Zealand in 1983. Since the inception of Cloudy Bay Vineyards in 1985, Kevin Judd has been responsible for the development of the company's range of premium wines and is responsible for the day to day management of the company.

Not content with making world class wines, he is also a first rate photographer and has taken vineyard photography to a new level – his work is quite distinctive and has appeared in many different publications and even appears in the Glengarry Wine Room. Kevin kindly gave us mounted grape varietal photographs to display in our wine tasting room to use for educational purposes. His first book The Colour of Wine, an artful compilation of the best of the best, was published in October 1999. 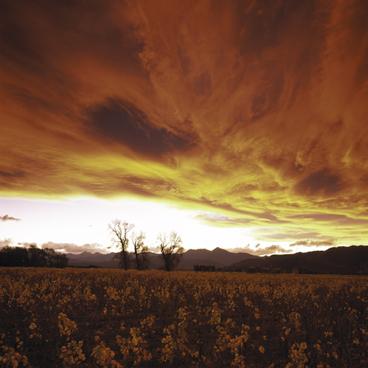 Under $20
Ti Point Two Merlot Cabernet 2006 – this month $16.90
This wine has a fine, immediately impressive density of berry and plum-toned flavours that spread endlessly over the palate, embellished by an unobtrusive oak influence that adds greater dimension. It is an excellent food wine and superb value.

Ti Point Viognier 2007 - this month $16.90
Viognier is an ancient variety believed to have been introduced into the Rhône Valley by the Romans. A relative newcomer to New Zealand, it has a reputation for being difficult to grow, and yields can be unreliable; but the wines it produces, like this beauty from Ti Point, are very distinctive - try it and see.

Under $30
Trinity Hill Gimblett Gravels Hawkes Bay Chardonnay 2005 – this month $29.90
The hand-harvested fruit was whole bunch-pressed and fermented entirely in new and seasoned French oak barriques. To increase complexity, the wine was lees stirred and aged for a prolonged period.  Ripe, rich and stacked with flavour, with tiers of pineapple, grapefruit and toasty oak integrating nicely. Silky smooth and elegant, with flavours that linger, gaining nuances on the finish.

Domaine Bourillon-Dorleans La Coulee d’Argent Vouvray Sec 2006 – this month $29.90
This wine is made from Chenin Blanc, and Vouvray is the ultimate expression of the grape. The palate is generous and broad, slightly touched by that fabulous wet-stone character for which good Vouvray is renowned. Set it swimming with a fish dish; you'll never look back. 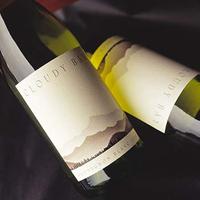 Cloudy Bay Marlborough Sauvignon Blanc 2007 – this week only $31.90
There is hardly a wine buff anywhere in the world that hasn't heard of Cloudy Bay Sauvignon Blanc. It is undoubtedly New Zealand's most internationally acclaimed wine, and with good reason. Its pale straw colour belies the exotic, explosive aromas and zesty flavours that persist from the first sniff through to the last drop. The bouquet exudes marvellous herb, green pepper, anise and lemon aromas. The sumptuous mouthful of flavours is deliciously balanced by a refreshingly crisp and inspired citrus finish. Superb.

Akarua Cadence Central Otago Pinot Noir 2006 – this month only $35.00
Because they have planted on alluvial terraces, the Akarua vineyards get no frost and consistent sun, a critical key in getting ripeness and complex flavours in the fruit. A cracking wine from a phenomenal vintage, the 2006 shows that Akarua are an unstoppable force.