Why It’s Time to Rethink How We Run Charities

he Puritans would love the way modern society thinks about nonprofit organizations, says entrepreneur, author and charity guru Dan Pallotta. In fact, they probably invented the form we still cleave to. But while charities today can be thankful to those early Americans for helping to embed the generous impulse so deeply in our culture, the Puritan legacy also includes some ideas about nonprofits that we really need to shed.

Pallotta knows the charity business: He’s widely regarded as the inventor of the multi-day charitable event, through innovations such as long-distance AIDS bike rides and three-day walks for breast cancer. But in recent years, he has become more known for his counterintuitive ideas about nonprofit fundraising, which he has advocated through a popular TED talk and two books, Uncharitable: How Restraints on Nonprofits Undermine Their Potential and Charity Case: How the Nonprofit Community Can Stand Up for Itself and Really Change the World. 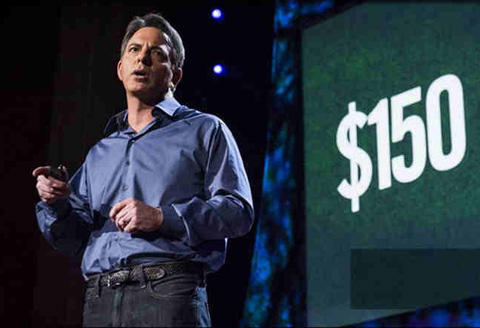 “I grew up in New England and am quite familiar with its Puritan self-deprivation mindset,” he said during the recent PwC-Knowledge@Wharton High School Seminar for Nonprofit Leaders on Business and Financial Responsibility. “The Puritans came to the New World for religious reasons, to be sure, but they also came to make a lot of money.”

Pallotta said the Puritans were successful in that quest for profit, but also noted that their beliefs made them self-hating because of it. As much as their religion taught that prosperity is a blessing from God, it also warned that having too much put the true believer squarely in the path of temptation — the tool of the Devil.

“So charity becomes a critical part of their answer. It’s a way to clear the slate,” Pallotta said. But while the Puritans commonly gave to charities, they didn’t want those charities to behave in a capitalist manner. “How can you think of making money for your charity if that is the basis of your penance in the first place? Four hundred years later, nothing has intervened to say that that is really screwed up.”

“We have dehumanized ‘overhead,’ and now we need to humanize it.”

You Have to Spend Money to Make Money — Even for Charity

Pallotta said it is vital for those who run and contribute to nonprofits to recognize how for-profit companies sustain themselves. Specifically, he noted that nonprofits have to shed the idea that overhead is a bad thing: Most overhead goes toward marketing and leadership, the two things that, in the long run, will lead to more donations coming in that the charity can use to do its good works.

“Charitable giving has been stuck at 2% of gross national product since the 1970s,” he pointed out. “In 40-plus years, the nonprofit sector has not been able to wrestle market share from the for-profit world. If it’s not really allowed to market, how can it?”

Pallotta said the main stumbling block is that what donors, critics and even nonprofits themselves want to see is money going directly to programs: Overhead is viewed as a cash-devouring bogeyman that saps funds from the real mission.

That’s a flawed viewpoint, he noted. Consider the contrast between leadership salaries in the for-profit and nonprofit worlds. Stanford MBAs 10 years out of school, he said, make an average of $400,000 a year. Meanwhile, the average salary of a hunger-based charity’s CEO is about $84,000.

“There is no way you are going to [convince] any of [those MBA graduates] to make a $316,000 sacrifice every year to be the CEO of a hunger charity,” said Pallotta. It would be easier for someone with the desire to help to donate $100,000 each year, get a tax write-off of as much as $50,000 and be called a philanthropist.

“[That donor] would get on the board of the charity, maybe be its chairman and then they would supervise the poor slob who became the CEO. And they would still have popular praise ahead of them for being so generous,” Pallotta noted. “People give as an argument that someone would [want to] be the CEO [of the charity] because it gives him an enormously good feeling and the psychic benefit of helping other people.”

But that Stanford MBA working in the business world gets the same benefits via his big gift, Pallotta said, and after his huge donation, will still clear a quarter-million a year more than the charity’s CEO.

“Stop the double standard. Stop treating money as a sin in the nonprofit sector.”

“It is a mistake to say there is no psychic benefit in the for-profit sector,” said Pallotta. “It is not as if the Apple people don’t have a good feeling when an iPhone helps a blind person, or that those who work for Twitter can’t take some credit for the Arab Spring making a difference in the world. And they can get stock options at the same time.”

Pallotta says he’s not being cynical, but practical. He has devoted his career to helping nonprofits succeed. His current mission, though, is to have them adopt some of the best practices of for-profits. Charities have to use marketing and advertising more heavily, he noted, because money invested in those areas pays off many times over in funds raised. Likewise, they need to offer competitive salaries so that they can hire the most capable candidates available — people who will be able to raise far more for their nonprofit than they cost. Pay them what they’re worth, and stop feeling guilty about it, Pallotta suggested: The net result will be charities with more to spend on their missions.

“What I am saying is to stop the double standard. Stop treating money as a sin in the nonprofit sector Twitter ,” he said. “The goodness of a person’s heart is already there, but we want people to take risks and be innovative [as those valued in the for-profit world].”

The risk, though, is that the public has subconsciously become used to the overhead-is-the-enemy model. For example: Why do people complain about getting two pieces of mail in a relatively short period from a charity, but “no one complains about getting three catalogues from Pottery Barn?” Pallotta asked.

Likewise, he said, when it becomes known that the Susan G. Komen organization is spending $25 million in marketing, “I can hear the reporter on the news saying, ‘Isn’t this unconscionable?’ And yet they would not blink when they hear that L’Oreal spends $1.5 billion to sell products to those same women.”

To combat that view, he and nonprofit executives like Milton Little, president of United Way of Greater Atlanta, have founded the Charity Defense Council.

“We want to fight for the people who fight for the people,” — a sort of “anti-defamation force” to promote his alternative views, Pallotta said. He also hopes to see the Council become an advertising agency of sorts for nonprofits. As an example of the type of campaign they might run, he pointed to the pork industry’s rebranding maneuver in the 1980s.

“Back then, you thought of pork as a heart attack waiting to happen,” he noted. “Then they called it, ‘the other white meat’ and now we think of pork as a model of national health. If we can change the way people think about pork, we can think of ways to do the same for many charities Twitter .”

“If we can change the way people think about pork, we can think of ways to do the same for many charities.”

The Council already has prototype advertisements picturing integral nonprofit employees saying “I am Overhead,” and describing how much they have helped their organization to accomplish its mission. “We have dehumanized ‘overhead,’ and now we need to humanize it,” Pallotta said.

Another prototype ad shows a 6-year-old boy getting ready to empty his piggy bank to make a donation to a homeless shelter — and noting that he wants the charity to spend his gift on fundraising and administration, because he knows that will multiply his donation. “[The ad] says a 6-year-old is smarter than an adult who believes otherwise,” Pallotta noted.

Pallotta admitted that the old models of nonprofit fundraising aren’t all bad. In fact, the Charity Defense Council is planning a three-day Charity Defense March for June 26 to 28. The route will begin in northern Maine and end symbolically in Salem, Massachusetts, where the Puritans set up shop to make money in America. The plan is to raise $1 million to go toward overhead — funds they can multiply many times over to help charities fight hunger, poverty and disease.

“People are tired of being asked to do the least they can do,” Pallotta said. “They are hungering to do the most they can, but they have to be asked to do that. If we keep putting up flyers at the dry cleaners, no one will know about our causes.

“That is the nature of the box we are supposed to think out of,” he added. “We are going to march right out of it.”