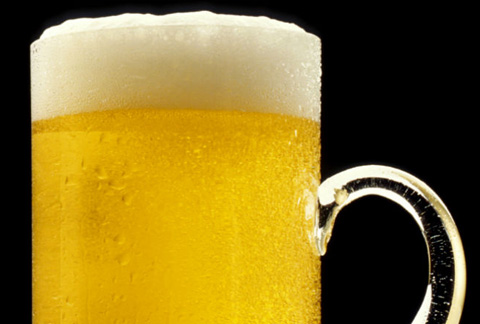 According to Massoudi, speculation has run high over the past 12 months about Anheuser-Busch preparing for another acquisition, especially after it had reduced its debt and delivered on balance sheet goals over the past six years.

“Anheuser-Busch InBev is focused on beer and if it were to look for targets, only a few would move the needle — and the biggest is SABMiller.”

“Anheuser-Busch InBev is focused on beer and if it were to look for targets, only a few would move the needle — and the biggest is SABMiller,” he said. “[Rival beer maker] Heineken is family controlled [and] Carlsberg is in a world of trouble with its exposure in Russia and a few other emerging markets. So SAB Miller is probably the most viable target for Anheuser-Busch InBev.”

Under the terms of the deal, Leuven, Belgium-based Anheuser-Busch InBev will buy London-based SABMiller of London for about $106 billion. In a bid to ease regulatory approval for the deal, SABMiller will sell its 59% stake in MillerCoors in the U.S. to its joint venture partner Molson Coors Brewing for $12 billion. Anheuser-Busch InBev said it expected annual pretax savings of $1.4 billion by the fourth year after the merger is completed.

Acquisitions have been Anheuser-Busch InBev’s main growth engine. In 2004, Interbrew of Belgium and AmBev of Brazil merged to become the world’s leading beer producer. In the next two years, other purchases helped Anheuser-Busch become the third largest beer maker in China and expand its presence in Latin America. InBev and Anheuser-Busch merged in 2008 in a $52 billion deal to create the current company.

Massoudi traced that growth urge to the strategies of Brazilian investment company 3G Capital, which owns a stake in Anheuser-Busch InBev and has also previously acquired fast food chains Burger Kind and Tim Hortons. “These are master deal makers,” he said. “They are incredibly good at running efficient operations, but they have always struggled to demonstrate growth in the businesses they buy. So, inevitably, when the growth starts to wane, they have to look at another target … and thus the need to constantly acquire.”

The SABMiller acquisition is also useful for Anheuser-Busch InBev at a time when it faces increasing competition from micro-brewed craft beers, said Massoudi. “They own hundreds of brands globally, but they don’t own some of these cooler, micro-brewed/craft beers that are becoming popular in the U.S., here in the U.K. and across Europe,” he added. “The Bud Lights of the world are out of favor with consumers who are developing more nuanced palates Twitter .” Anheuser-Busch InBev’s efforts to introduce its own craft beer brands like Bud Lime have yielded limited gains.

“The Bud Lights of the world are out of favor with consumers who are developing more nuanced palates.”

Against that backdrop, “part of the play here is to push deeper into emerging markets where [Anheuser-Busch InBev’s] brands may still have a lot of cachet [and] where they can find growth,” said Massoudi. “In the developed markets, their growth is starting to wane.”