The Rise of the Chatbots: Is it Time to Embrace Them?

The tech world is all agog these days about chatbots. These are automated computer programs that simulate online conversations with people to answer questions or perform tasks. While chatbots have been around in various rudimentary forms for years — think of Clippy, Microsoft’s paper clip virtual assistant — they have been taking off lately as advances in machine learning and artificial intelligence make them more versatile than ever. Among the most well-known chatbots: Apple’s Siri. 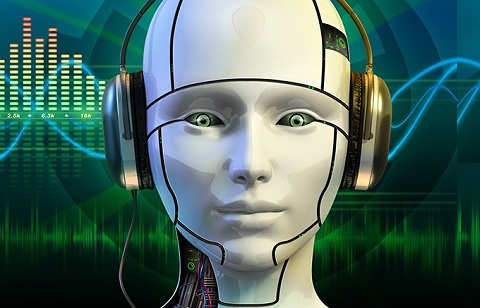 In rapid succession over the past few months, Microsoft, Facebook and Google have each unveiled their chatbot strategies, touting the potential for this evolving technology to aid users and corporate America with its customer-service capabilities as well as business utility features like organizing a meeting. Yahoo joined the bandwagon recently, launching its first chatbots on a chat app called Kik Messenger.

There is a race to develop chatbots in Silicon Valley. At its May developer conference Google I/O 2016, the search giant debuted its Allo smart messaging app. Google’s Allo bot, which also features Google Assistant, helps users find information and complete tasks, such as booking a dinner reservation and requesting real-time sports scores within the bot, rather than having to jump among apps. Companies expected to use Allo and Google Assistant when it launches this summer include OpenTable, GrubHub and Uber, according to a report by research firm Forrester.

Some companies are already embracing Facebook’s Messenger platform with bots service, which debuted at its F8 developers conference in April. For instance, users can order flowers by chatting with the 1-800-Flowers.com bot, get weather information from Poncho, a cool cat in a hoodie, read the latest news from CNN, and get documents and photos printed via HP’s HP Print Bot. With this platform, companies can build a bot in Facebook Messenger that answers customer questions or performs tasks without users having to leave the ecosystem to access another app or call the company.

Chatbots, combined with the use of online video like YouTube, may one day be widely used in e-learning, where the bots serve as instructors.

Microsoft, meanwhile, introduced its Microsoft Bot Framework in March at its Build 2016 conference. The framework is designed to let developers build artificial intelligence bots, in which customers can speak naturally via text messages or instant messaging using services like Slack or Skype, and incorporate its digital assistant Cortana. CEO Satya Nadella is positioning Microsoft to prevail in a future filled with bots. “As an industry, we are on the cusp of a new frontier that pairs the power of natural human language with advanced machine intelligence,” he said at Build 2016.

Nadella is right. The chatbots envisioned by the tech industry combine artificial intelligence with voice recognition that relies on the way humans naturally speak. The goal is to create a situation where customers feel they are communicating with another human, rather than a piece of highly intelligent software, and in an environment that calls for little to no human operator intervention. The goal of this chatbot movement is to reduce costs for companies in manning such areas as customer service. Indeed, research firm Gartner sees 33% of all customer service interactions as still needing a human intermediary by 2017, down from nearly 60% in 2014.

Chatbots, surprisingly, have been around since the 1960s, when an MIT professor created an artificial intelligence agent named ELIZA. She was designed to utter such psychotherapy phrases as “tell me more” and hold simple conversations with people, according to a Time magazine report. Later versions of chatbots include SmarterChild, which sat within the desktop version of AOL Instant Messenger beginning in the early 2000s. These earlier models served as digital assistants to retrieve requested information like movie showtimes and stock quotes.

But the digital assistant chatbots of today can carry out more sophisticated tasks like booking an airline ticket, congregating people for a meeting, or serving as a potential first screener of medical conditions for patients. Additionally, these chatbots will use native language voice recognition.

Dan Olds, founder of Gabriel Consulting Group, says “most of the chatbots today are text-based. Text-based chatbots can augment a search feature and come up with an answer.” For example, a simple chatbot with voice recognition in a car may only need to know 100 words to perform easy tasks, such as turning the heat on or off. But a sophisticated bot could pick up nuances in a user’s answer when they say they are “a little cold” versus “very cold,” and adjust the temperature accordingly.

“People expect the next generation of chatbots to advance Siri or [Amazon’s] Echo,” says Olds. “Voice recognition creates customer interaction that is more useful and with less friction. It’s easier to answer a customer’s question more completely with voice [recognition using] mobile devices [that] are built for voice.”

Companies are currently using chatbots to largely handle customer service issues, but there are other potential applications where the technology can be used, Olds says. Chatbots, combined with the use of an online video service such as YouTube, may one day be widely used in e-learning, where the bots serve as instructors. He also points to the potential of using chatbots as employment recruiters Twitter , which would handle the first phase of the interview process by posing questions to applicants and evaluating responses. “This is where the technology can be potentially disruptive,” Olds says. “Its customer service use is more evolutionary than revolutionary.”

“Do they make customers feel like the company doesn’t care about them? How do they fit with the positioning of the brand?”–Jonah Berger

Companies that sell to consumers, rather than to other businesses, are the ones that are predominately using chatbots for customer service.  “It will not be B2B (business-to-business) initially, because there is not the customer service load that B2C (business-to-consumer) has,” Olds says.

Executives who are eyeing chatbots for their customer service departments should consider two key issues. “How well do they work, and how do they impact the customer experience?” says Wharton marketing professor Jonah Berger. “Executives often think about the first, but not the second. Not only what level of service they provide, but how do they impact the customer interaction? Do they make customers feel like the company doesn’t care about them? How do they fit with the positioning of the brand?”

As a result, potential pitfalls in using chatbots for customer service include customers feeling less valued by the company. “If the brand doesn’t care enough about them to give customers a real person to interact with, they may want to take their business elsewhere,” Berger says. Such an outcome would offset the benefit of using chatbots to cut costs.

Other potential downsides include giving these digital assistants too much power to act on behalf of the company, which could set up the organization for a loss of business or an embarrassment. In the case of Microsoft, it was latter. In March, its chatbot Tay began tweeting racist comments after some people gamed the system, prompting the software giant to issue a public apology. Google, meanwhile, is well aware that chatbots and other artificial intelligence agents may eventually become so smart they could find a way to disable their own kill switch. Google is developing some contingencies against the eventuality that a chatbot could go rogue.

Paul Schoemaker, senior fellow at Wharton’s Mack Institute for Innovation Management, notes that there are four common pitfalls when industry incumbents evaluate emerging technology that place them at a disadvantage and erode their commitment to the technology. One is delayed participation. New technology is not embraced by the big players and is embraced more by the companies on the periphery.

“Chatbots are still unproven,” Schoemaker says. “If executives run a large company, they should get a task force together and see whether the emerging technology is relevant…. If it is disruptive technology, then they need to be proactive and run pilot tests. If it is on the fringe of their business, then they can wait and be reactive.”

“Allocating resources towards a new technology requires an in-depth analysis of how the technology, its ecosystem, and customer needs might evolve.”–Rahul Kapoor

Other pitfalls include sticking with familiar technology, reluctance to fully commit to the new technology if it threatens a company’s existing technology and a lack of persistence after seeing adverse test results. As such, it requires a leader in the C-suite to continue with the vision and push the use of the emerging technology. Otherwise, continued adverse results mean the pilot project will likely face a “stop and go” rollout, Schoemaker says.

When it comes to transitioning from existing technologies to emerging technologies, such as conversational chatbots, Wharton management professor Rahul Kapoor says executives need to evaluate whether or not they should allocate resources to it. “Allocating resources towards a new technology requires an in-depth analysis of how the technology, its ecosystem, and customer needs might evolve, and what are the existing and new alternatives that might limit the technology’s value creation.”

Mistakes executives make in evaluating new technology include expectations of a fast market takeoff, especially if the commercialization of the technology is dependent upon the development of a broader ecosystem, implementation of new business models, and overcoming adoption challenges of the users, Kapoor says.

Another common pitfall is to evaluate the opportunities and resources for the new technology through the lens of old technology, Kapoor says, adding that companies often focus too much on growing market share and too little on the underlying cost structures and profit drivers.

But despite the chatbot’s imperfections, Silicon Valley is enthusiastically embracing this next tech frontier. And Microsoft’s Nadella sees bots enabling a whole range of functions. “We want to add richness to these bots. So it’s not just text bots. We want to have animation, we want to have videos and we also want to have holograms,” he said. “Now, it is up to each of us as developers to imagine what’s possible.”