The Real Reasons We Work

In the new book Why We Work, Swarthmore professor Barry Schwartz challenges the assumption that people primarily work for the purpose of receiving a paycheck. Instead, he argues, when you talk with people who find their jobs fulfilling, money is not reported as a key factor.

In the following excerpt from Why We Work, Schwartz tells the story of a company that was able to find meaning and purpose in making carpet – by working to achieve a zero environmental footprint goal. 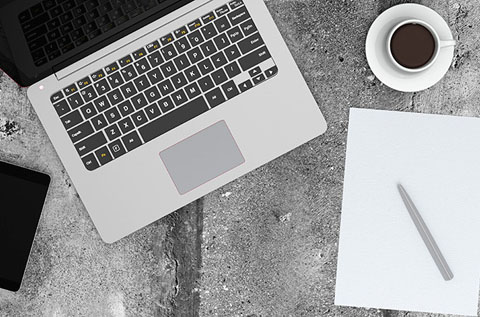 Confronted with evidence that so few people in the world get satisfaction from their work, we need to ask why. Two ready explanations come to mind. First, many of us believe that only certain kinds of jobs permit people to find meaning, engagement, discretion, and autonomy, and opportunities to learn and grow. If we take this view, good work is just going to be the province of the few—lawyers, doctors, bankers, teachers, software developers, company CEOs, and so on. For everyone else, work will be about the paycheck. It’s just the way things are. Us and them.

Alternatively, we might take the view that pretty much every job has the potential to offer people satisfying work. What stands in the way is the incredible efficiency associated with routinized, assembly-line type work. Assembly-line work can be done by people with low skill and little training, and it is responsible for the explosive economic growth we have witnessed since the beginning of the industrial revolution. Unsatisfying work is just the price people pay for a society in which affordable cars, cable TV, cell phones, and computers are the norm. Adam Smith certainly articulated this view when he talked about the growth of productivity that accompanied the division of labor in the pin factory.

“Many of us believe that only certain kinds of jobs permit people to find meaning, engagement, discretion, and autonomy, and opportunities to learn and grow.”

You might think it’s relatively easy to find meaning and purpose in your work—regardless of the job—if you’re working in a hospital that is saving lives every day. Judging from my own experience observing how invisible custodians and other “dirty workers” are to those around them, I don’t think it’s easy at all. But let’s suppose it is. Would you say the same thing about people who work in a factory that makes carpet?

About twenty years ago, Ray Anderson, the late CEO of the immensely successful carpet manufacturer, Interface, had what he described as an epiphany. Here he was, with more money than he or his heirs would know what to do with, when he realized that his company was poisoning the environment. Carpet making is (or was) a petroleum-intensive industry and Interface’s environmental footprint was huge. Anderson wondered what good it would do to leave his grandchildren great wealth if the price of accumulating that wealth was an uninhabitable planet. So Anderson resolved to transform every aspect of Interface’s operations, moving to achieve a zero footprint goal by 2020. He assumed that the development of new production processes and a commitment to pollution control would cost money—a lot of it. But he was willing to sacrifice the bottom line to achieve a social good.

“You don’t need to be working for an organization that saves lives to find meaning and purpose in what you do.”

So Interface began a journey to change what it makes, how it makes it, and what it does with its waste. As of 2013, it had cut energy use in half, shifted to renewable energy, and cut waste to a tenth of what it was. How much profit was sacrificed? None at all! Interface employees were so motivated by the opportunity to work for the common good, and challenged by the need to find innovative modifications of the production process, that their work became much more effective and efficient. And the company, realizing that its new mission would demand creative partnership from top to bottom of the organization, flattened its hierarchy and gave employees much more discretion and control over what they did. The strength of the company’s shared vision encouraged collaboration and cooperation. Progress toward sustainability required creative solutions. So a culture that encouraged openness and allowed for failure emerged. In the company’s words:

The evidence of a successful, lasting cultural change at Interface can be found in the great number of innovations conceived of and implemented by employees on the shop floor. Interface employees are connected to something bigger than making carpet. Sustainability has inspired and empowered associates with a committed sense of higher purpose.

The result of Anderson’s vision, twenty years out, is a company that remains extremely successful and is populated by employees who are eager to come to work every day. He documented the transformation of Interface in his 2009 book, Confessions of a Radical Industrialist: Profits, People, Purpose—Doing Business by Respecting the Earth. You don’t need to be working for an organization that saves lives to find meaning and purpose in what you do. You just need to be doing work that makes people’s lives better.