U.S. President Donald Trump and North Korean leader Kim Jong-un have entered into “a cycle of escalation” over the latter’s nuclear threats (targeting Guam). Both sides are indulging in “belligerent rhetoric,” to appeal to different domestic constituencies, according to Jacques deLisle, a professor of law and of political science at the University of Pennsylvania Law School and director of the University’s Center for East Asian Studies. Adds Stanford adjunct professor Richard Dasher, director of its US-Asia Technology Management Center: “The Asian region is filled with conflict and controversy right now.” 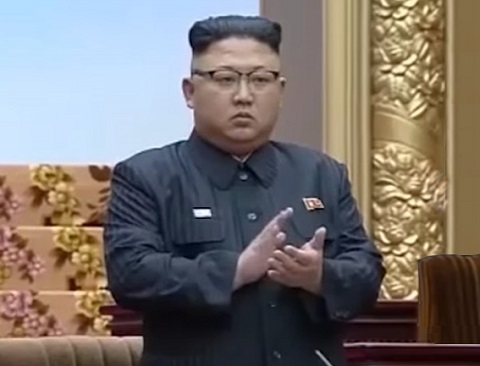 The two discussed the implications for neighboring countries on the Knowledge@Wharton show on Wharton Business Radio on SiriusXM channel 111. (Listen to the podcast at the top of this page.)

Here are the key takeaways from their discussion:

It’s a complete mess and some of this is “just a set of intractable problems,” says deLisle. The real “uncrackable nut” here, he notes, is that North Korea believes that having nuclear weapons is its survival strategy. “So, trying to get them to denuclearize, which is still the official U.S. goal, is really tough. It’s hard to put that genie back in the bottle,” says deLisle, He adds that even if China were to cooperate with the U.S. in achieving this goal there are limits to what it can do. To add to this there are genuine underlying problems like intellectual property forced transfers or coerced transfers in economic relations between the U.S. and China and “some really strange ways of trying to handle them.” So, “upping the rhetoric to Kim Jong un-style levels” he feels, “is not terribly helpful.”

Dasher says that it’s very difficult to understand what exactly is going on with China-North Korea relations. He points out that so far, the central government in China has been accepting a lot of exports from North Korea and most of the money that comes in from selling those exports into China is probably fueling the military activities of North Korea. According to Dasher, “if this is something that the central Chinese government can control, it will be rather difficult, because they want the status quo.” He adds that China wants things to continue like they are, because North Korea is a “buffer state” and maintaining status quo prevents a lot of “possible internal problems” in China. Dasher explains: “The kind of regions in which China borders on North Korea are largely Korean-speaking, inside China. And those people may not be following exactly what the central government says. So, it could be that the U.S. is expecting the central government to do something that internal to China is more difficult than you think.”

The Chinese concern, deLisle agrees, is about not wanting chaos in North Korea. “A disorderly collapse is a bad thing for China. The refugee flows are real,” he says. The good news, however, he notes, is that North Korea is increasingly becoming an embarrassment to China and this may result in China taking some hard steps. “China’s fed up a little bit with Kim. It may actually follow the sanctions this time a little better,” says deLisle.

“China’s fed up a little bit with Kim. It may actually follow the sanctions this time a little better.”–Jacques deLisle

Dasher feels it’s going to be really difficult to get the North Koreans to cease building their nuclear capacity and also that Kim is using the whole nuclear situation to tighten his control over the country. “[Kim] has used standing up to the Americans as a way of showing that they have national pride…. In some ways, the real bellicose nature of this back-and-forth language has been a godsend. It’s made him look as prominent and statesmanlike as anybody else in the world,” says Dasher. Both Dasher and deLisle feel that getting denuclearization “is going to be well-nigh impossible without regime change. And regime change is awfully risky.” A possible solution, deLisle feels, is to offer to reduce some sanctions in exchange for North Korea’s reducing its nuclear capabilities.

Impact on the Region

The nuclear threat from North Korea is destabilizing the whole region, says Dasher, adding that the uncertainty in the U.S. is encouraging Japan to deal with its defense issues more on its own. The current Prime Minister, Shinzo Abe, he says, would “really love to change the constitution, to codify their ability to have an army again.” But, this situation, Dasher adds, “is not going to make the rest of East Asia happy, to see Japan become even more strong, more militaristic.”

“[Kim] has used standing up to the Americans as a way of showing that they have national pride.”–Richard Dasher

According to deLisle, President Trump wanting to have some sort of trade probe into China right now seems to be “an odd thing to be doing” when it is seeking China’s cooperation on strategic matters. Dasher adds that the current U.S. administration is not really working with a general policy in mind. Instead, it is very bilateral and transactional in its approach. President Trump, Dasher says, wants to get the best deal he can every time he gets into a negotiation and “thinks about that process in isolation” to everything else. “The upshot of this is likely to be uncertainty in the supply chains that go across Asia. And not only in China, between China and the U.S., but materials and components that come up from Southeast Asia and go through China into the U.S., are going to be uncertain. And I would expect higher prices,” he adds.

Talking about the South China Sea, deLisle notes that with the U.S sending its navy ships relatively close to some of the contested land forms and China resisting this, the tensions have increased there recently. “In general, China has made it very clear it was not going to compromise.… And the neighbors see the U.S. as being less supportive, and less reliable,” says deLisle. He adds that this could result in a new era of hedging against the possibility that Washington will go too far, or be absent. Dasher agrees that with other countries looking for “other sources of security and risk hedging” the U.S. could get “shoved over to the side.” All of this would have huge economic fallout, he adds.