Having largely turned away from the possibility of wide scale reform and change that the Arab Spring seemed to promise, the Middle East in 2015 is returning to familiar themes: enduring economic pain because of falling oil prices while trying to manage the threat of regional terrorism. 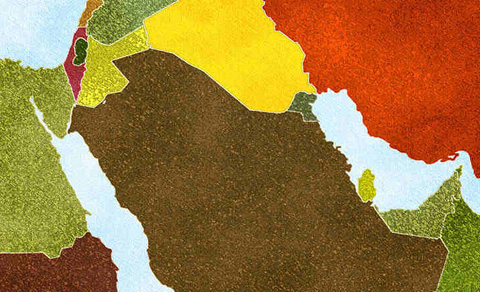 Sliding oil prices over several months have cast a cloud over the finances of the region’s governments and have taken a toll on investor sentiment in Arab securities markets. Meanwhile, the ongoing civil war in Syria metastasized into the militant group calling itself the Islamic State, and remains a threat to the region.

The decline in oil prices — more than 45% in 2014, the steepest yearly drop since the 2008 financial crisis, according to Bloomberg — has had an immediate and unavoidable impact on the Middle East, says Wharton finance professor Bulent Gultekin, who was governor of Turkey’s Central Bank in 1993.

“Certainly the whole region is going to be impacted [by falling oil prices] because after all, it’s almost half of the revenues that they are getting.” –Bulent Gultekin

“Many of these countries depend on those oil revenues, especially the oil-rich countries,” he adds. “Most of them make their budget estimates and expenditures on an expected dollar per barrel. If it is above that, they spend more; if it is below, that means a budget deficit.”

It’s not clear how long oil prices are going to remain this low, Gultekin says. “On the other hand, even though it’s not good for oil-producing countries, it’s not such a bad thing for the rest of the world,” he notes. “Some of those countries — North Africa, particularly Egypt — I’m not sure it’s bad news for them, either. The cost of producing oil is very low for these countries. The issue here is the spending based on all this windfall gain from oil.”

Having led privatization efforts of public corporations in Turkey and later in former Soviet republics, Gultekin is keenly attuned to the massive public subsidies that all oil-rich Arab countries indulge for their native populations, as well as larger-than-life projects aimed at grabbing headlines.

For instance, Abu Dhabi, the capital of oil-wealthy United Arab Emirates, alone spent $4.7 billion on oil and water subsidies last year for its population of 1.5 million. It has also spent upwards of $120 million on the construction of a satellite Louvre art museum in its planned cultural district that was scheduled to open in 2012 and is now expected to open this year.

Such expensive spending habits need to be pruned this year, Gultekin says. “There’s quite a bit of waste and inefficiencies. I’m sure that they’ll need to be careful and stop launching strange projects,” he notes. “These countries have small populations, so it’s not a real issue. But the fact is that there is this massive wealth transfer from the rest of the world, and then they spend it on these mega projects. I don’t know how many of them are actually necessary.”

According to Gultekin, some countries will likely take steps to cut social welfare and subsidies. “They’ve already been looking into public expenditures very carefully, and have been searching for answers,” he says. “When Saudi Arabia came into its oil wealth, for instance, at first [the government] didn’t know what to do with it. Over time, they have learned what works well and what doesn’t. Transitions can be abrupt, but you don’t waste a good crisis. They might be able to put some reforms … into place.”

Will Civil Unrest Slow Down?

The region’s other overarching crisis of civil unrest and terrorism can hopefully calm in 2015, Gultekin notes, as it reached a nadir in 2014 with the rise of the Islamic State in Iraq, renewed violent instability in Libya and the aggressive return of a military regime in Egypt.

“The Middle East has politically gone through a period that has probably been its worst since the collapse of the Ottoman Empire.” –Bulent Gultekin

“The Middle East has politically gone through a period that has probably been its worst since the collapse of the Ottoman Empire,” Gultekin says. “It was a chaotic period, but then the Great Powers were able to establish rule, so there was some stability in the region. After the end of the Cold War, the region has really fallen apart.

“There were some very serious mistakes,” he continues. “Syria was very poorly managed, and Iraq was left broken after the American invasion. Now we have two failed states there.”

The Islamic State is not an Islamic phenomenon, but rather the result of extremism taking root in an environment of social and systemic chaos, says Gultekin.

“I don’t think the Islamic State will be a sustainable proposition,” he notes. “They can cause damage and they can cause conflict here and there. But … they won’t be able to establish a structure to be a country. It’s like a bush fire. There will always be these extremists, but I don’t think it’s going to be a systemic problem in the long run.”

However, Gultekin says, the futures of Syria and Iraq remain unresolved with no good answers. “There is still the possibility of what happens if there is a Kurdish state and how Turkey might be threatened,” he adds. “If things don’t get worse, we could consider that an improvement.”

While the regional reform promise of the Arab Spring seems all but extinguished, Gultekin likens it to the collapse of the Berlin Wall: Though there is a lag, there will be a ripple effect from those events over time.

That promise remains in Tunisia, the country that launched the Arab Spring, which transitioned into a fully democratic government with its first free presidential election at the end of 2014.

“I’m always wary when people talk about a model for the region,” Gultekin says. “People are always trying to show one model or another. But if you follow that logic, Tunisia is doing well because they modeled themselves after Turkey, and follow a similar secular tradition as Turkey does. I hope that they can show that a secular model is feasible for Muslim countries.”