New home deposit rules could turn off 22% of investors

The Reserve Bank’s move to increase the deposit needed for investors to buy a home above 30% will have a significant impact on the market. 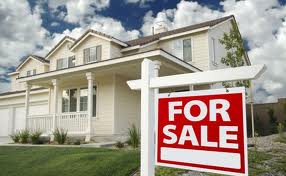 New research finds 22% of those who said they were definitely going to buy an investment property during the next 12 months would no longer buy if deposits go above 30%.

Another 21% of definite investors said they would delay buying.  34% would still buy and 24% were unsure, according to new findings from nationwide surveying by Horizon Research.

The Reserve Bank announced on July 19, 2016, it is consulting on increasing the deposit rate for all but 5% of loans banks make to investors to 40%. The new policy would apply nationwide.

Horizon conducted the survey of 1817 adults nationwide in the two weeks ending July 14.

Results for  “definite” buyers were chosen for the analysis instead of including those who said they “may buy” because Horizon’s research over the past six years on property selling and buying has indicated that the “definite” respondents give a better indication of likely property sales trends.

Horizon says it is also looking at the potential impacts of any Reserve Bank decision to restrict borrowing in relation to household income.