Mega-mergers Are Back, but Will the Pace Last?

2015 seems to be shaping up as the year of the mega-merger. Indeed, for many corporations, mergers and acquisitions are in the multibillion-dollar range. And increasingly, the flavor of M&A is cross-border — companies buying firms in other countries. 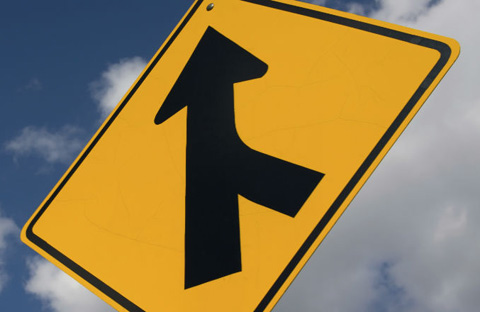 In the first six months of 2015, the volume of mergers and acquisitions targeting U.S. firms reached a half-year record of more than $1 trillion, according to Dealogic. It is the first time any nation has surpassed that milestone. And among this year’s M&A deals thus far, 21 were valued at more than $10 billion, the highest half-year activity and volume on record at that level. Globally, M&A volume in the first half hit $2.2 trillion, the second-highest on record for the timeframe, the company said.

The largest announced deals have been cross-border, too: Israel-based Teva Pharmaceutical Industries is acquiring Mylan NV in Pennsylvania for $51 billion, while U.S. biotechnology giant Monsanto is mounting a contested $48 billion takeover of Switzerland’s Syngenta AG. Crossborder deals represent about 50% of global volume in the year to date, up from 32% in the year-earlier period, according to Dealogic.

Fueling the M&A surge — along with the usual drivers such as competitive pressures and regulatory change — is the expectation that the era of low-cost borrowing could soon end as the Fed prepares to raise interest rates for the first time in nine years. To be sure, the ride has been sweet. “A great deal of M&A activity is caused by an unusually easy financing environment and low interest rates,” says Abe Gulkowitz, an economist who publishes “The Punchline,” a financial newsletter.

Along with the low cost of capital, relatively strong economic growth in the U.S. is attracting acquirers from Europe and Asia, including China. Chinese chipmaker Tsinghua Unigroup is preparing a $23 billion bid for Micron Technology, a U.S. maker of memory chips, according to a July 14 story in The Wall Street Journal. “America is looked at as more stable, economically and politically, than the rest of the world. This ups the ante for capturing a piece of the big U.S. market,” Gulkowitz adds.

Companies known in M&A circles as “strategic acquirers” also are flush with cash, notes Wharton finance professor Doron Levit. The slow recovery after the 2008 to 2009 recession prompted companies to hoard cash that is now being put to work, he adds. But instead of making capital investments, corporations are doing M&A (or, alternatively, stock buy-backs). This is largely because growth is slowing around the world. Many companies are thinking, “maybe I don’t need to build so many plants. Maybe I should acquire and eliminate some of the competition,” Gulkowitz says.

Private equity firms chasing higher returns are also adding to the merger frenzy. Sometimes, M&A is driven by defensive reasons, adds John Kimberly, Wharton management professor. “You buy out your competition, or merge or acquire someone else to stave off overtures from an unwanted suitor. The latter is more frequent than the former.”

In addition, specific industries often have unique reasons for pursuing M&A. For instance, several experts pointed to heavy activity in the insurance industry, such as the proposed $28.3 billion acquisition of Chubb by ACE Ltd., as companies pursue high-growth markets or react to regulatory changes. In health care, M&A has been juiced by the Affordable Care Act with Aetna, Humana and other health insurers attempting to combine with each other. “It’s all about market power Twitter ,” Kimberly says. “Each set of players is figuring out how to be successful under the new rules.”

Harbir Singh, Wharton management professor and co-director of the Mack Institute for Innovation Management at Wharton, says that much of M&A activity reflects wider market forces, both in product and capital markets. In cross-border activity, Singh notes that firms are becoming more experienced and are achieving better outcomes than before. In addition, nationalistic pressure against cross-border deals is easing and being “offset by broader appreciation in the public of the forces of globalization,” he notes.

However, the increased frequency of cross-border mergers and acquisitions among large companies raises intriguing questions about governance, Kimberly observes. “Transnational corporations that are huge in scale — how are they monitored and made to comply with legislation in the countries where they do business, and who’s monitoring that?” With cross-border mega-mergers, “companies sort of feel that they’re above the law,” he adds. “What do we need to put in place to guard against one company becoming too powerful? These are unchartered and definitely treacherous waters.”

“More and more companies are being owned by huge conglomerates. They need watchdogging consumer and human rights groups to be paying close attention,” agrees Mark Pendergrast, author of the book, For God, Country, and Coca-Cola: The Definitive History of the Great American Soft Drink and the Company That Makes It. Coca-Cola is unique in that it has recognized for decades that it is a global company. “It’s the one company that whatever happens in the world, it can affect them. This can be good or bad,” he adds.

“This is not yet the end of the cycle, but it may have seen its peak.” –Doron Levit

Coca-Cola claims that it supports local businesses. For example, it sources bottles locally. It also recognizes that war is bad for business. “You can’t sell your product well when there is chaos and bullets are flying.” And in the best of circumstances, companies can sometimes be viewed as quasi-ambassadors. When former U.S. President Jimmy Carter was the governor of Georgia, he compared Coke, based in Georgia, to his State Department. But at times, like many multinationals, Coke has also entered into partnerships with controversial heads of state, he says.

For the public, mergers of companies that provide widely used consumer services can have a down side. Kimberly says that the 2013 merger of American Airlines and U.S. Airways, for example, led to higher airfares. “I see consequences of the merger on a large scale,” he says. “Fares have gone way up on the routes I travel. What’s wrong with this picture?” But he quips: “it worked very well for the former CEO of American Airlines.”

More generally, federal prosecutors are now looking into potential collusion among airlines to limit seating capacity and raise fares, something that, if true, might be easier to accomplish under mass consolidation. And in the U.S., about 80% of U.S. air traffic is concentrated among four airlines — American, United Airlines, Delta Air Lines and Southwest Airlines, according to a July 1 story in The New York Times.

The airline industry is not the only one where mega-mergers pose a challenge to consumers. Gulkowitz says it sometimes can be tough for buyers of products made by cross-border conglomerates to know who to go to if there’s a problem — the safety recalls by automotive manufacturers in recent years are a perfect example. “There are failures in the auto sector that endanger the consumer and they don’t have the ability to fight back,” he maintains. With U.S. companies relocating to overseas locales just for tax savings — a practice known as an inversion -– “who can you sue?”

Meantime, it is worth noting that for every buyer there is a seller. Thus, Singh thinks some of the concern about concentration is overblown. “One has to also keep in mind that divestiture activity constitutes about 40% of the total number of acquisitions, on average. So in a broader sense, it is not clear that industries are becoming more concentrated. What is covered in the news is the big transaction, which is not representative of the overall trend.” Singh adds: “There are enough institutional factors limiting the negative effect of increased concentration on customers, in the form of antitrust review and enforcement.”

“There are enough institutional factors limiting the negative effect of increased concentration on customers, in the form of antitrust review and enforcement.” –Harbir Singh

What’s more, when it comes to the more negative aspects of multinationals’ behavior, such as acting as if they are above the law, in the digital age the Internet can be a critical weapon against unchecked power. “The good news is, especially with social media, it’s very difficult to hide,” Pendergrast notes.

The surge in megadeals is expected to continue, at least for a while, if not at record levels. “This is not yet the end of the cycle, but it may have seen its peak,” says Levit. With interest rates expected to creep up, more costly financing would make it more difficult for private equity firms and others to do deals, although a lot of money will remain available, he adds.

Gulkowitz agrees that M&A activity will likely remain firm. Despite the easy financing environment and high valuations of companies on the market today driving this frenzy, he doesn’t see a threat of a crash in the next 12 months. This is partly because energy prices could fall further, which will continue to help the U.S. economy, he suggests.

But the pace of mega-mergers may slow as regulators become more aggressive and put the brakes on these deals, Levit says, pointing to the proposed union of Comcast and Time Warner Cable, which fell apart this year over antitrust objections. “There’s a limit to how many megadeals we’ll see.”

Kimberly also thinks tax-driven inversions will slow. “A backlash did come — as it should. I suspect we haven’t seen the end of inversions, but while there might not be as many as predicted, I don’t think they will go away.”