Why property could fall

Many New Zealanders are terrible investors because they are poor judges of risk. My theory is that many of our ancestors must have been hopelessly optimistic to sail halfway around the world to try and carve out a life in a strange and hostile land. As a result, it is part of our genetic heritage to focus on the upside and virtually ignore the possibility that something could go wrong (the 'she'll be right' attitude).

Even acknowledging this, a comment in the newspaper recently stunned me. Some investor proudly revealed he owned 14 investment properties, mostly on interest-only mortgages. He reasoned that property in New Zealand doubles every 7.8 years and he was looking forward to cashing in on the capital gains one day.

He is right in that house prices have doubled frequently in the past 150 years but it is always a danger to expect history to repeat precisely. It is even more dangerous to expect the pattern of gains to be repeated after one of the most rapid four year periods of capital gains this market has seen. 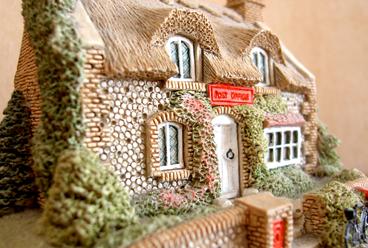 The powerful concept of reversion has shown in the past that once a decade booms are almost always followed by protracted periods of under performance, or short and sharp crashes to bring assets in line.

Thanks to a wave of easy capital, loose lending practices and immigration, house prices have gone up far faster than usual in the past several years. Logic would dictate that the next doubling therefore will take considerably longer than the average.

Another long-term trend is that property over time generally goes up by roughly with the rate of inflation, although it stays slightly ahead. Sometimes it goes up faster, at other times slower. Having risen considerably faster than inflation for several years, again it is distinctly possible property will not keep up for some time.

US economist Gary Shilling notices the same trends in his country. He notes the median price of existing houses nationwide is 35% above its usual link to the inflation rate, making them vulnerable to price declines at least that big.

He goes as far as forecasting that a gradual slowdown in house prices will begin before Christmas, then accelerate to produce average price declines of 25% by the first quarter of 2008, followed by a slow recovery.

"Such a nosedive in prices will wipe out the thinly capitalised speculators, sub prime borrowers and the low ends of sub prime debt as well as assorted other lenders, mortgage bankers and home builders," he warns. “Those folks will get the bulk of the media attention but they probably aren't numerous enough or collectively important enough financially to do serious damage to the US economy. Instead, most people who still have jobs will soldier on, servicing hefty mortgages on properties that in many cases are worth less than the amount they have borrowed. "

“The 25% or greater decline in house prices I foresee will sire consumer spending retrenchment that almost guarantees a major recession," he warns. A decline in consumer spending could also lead to deflation, lower interest rates and lower shares. Shilling may be wrong and we may be in for a 'soft landing', in NZ at least. But we recommend property investors make sure their property investments are on a cash flow positive basis, and that in general New Zealanders look at retiring debt.

David McEwen can be reached by email here.