Farmers make good investors, I have always found. That's because they are required to invest time and money for extended periods before getting a return (the gap between planting a crop and receiving a productive yield can be years).

Farmers know from experience that some seasons are very good and others can be poor. During a bad season they rarely panic, but hold on because they understand that sooner or later a good one will come along.

It is while considering this that it has become clear to me why people like PGG Wrightson's Craig Norgate and the Talley fishing family are pouring hundreds of millions of dollars into the meat processing industry (Silver Fern Farms and Affco respectively).

At first glance these moves don't make sense. Most of the major meat processing companies have struggled for decades with old plants, too much killing capacity (which leads to ruinous competition for stock) and weather-related fluctuations in stock availability.

In addition, a listed subsidiary of PGW, NZ Farming Systems Uruguay (NZS), is buying up thousands of hectares of land in South America for raising dairy cows and cattle.

However, these investments could prove to be highly successful if food prices continue to rise, which to me appears highly likely. US commentator Scott Wright points out that food price rises are being driven by billions of people being lifted out of poverty in developing countries.

"We are now seeing that this widespread economic growth is leading to per-capita income growth that is having a radical impact on the global food markets.”

“When diets diversify, protein is always the first thing added in quality and quantity. The meats, dairy, and eggs are among some of the softs that will greatly thrive in an environment of diet diversification. And when demand for animals and their byproducts grow, the suppliers must have the means and incentive to keep up."

In much of the world this is easier said than done as most animals are fed using soybeans or grain - both of which are also in demand and whose prices have escalated in recent years.

Since hitting multi-year low points in 2006, the prices of corn, wheat, and soybeans have jumped 271%, 234%, and 202% respectively. Although beef and pork prices have trended higher, they have lagged most other foods. 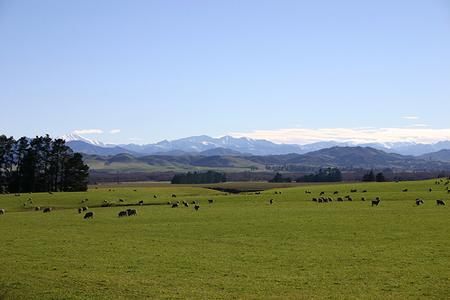 One of the reasons for this is because supply is increasing as farmers react to high grain prices by sending more of their stock to be slaughtered. However, this is a short term trend that will only lead to shortages later and, inevitably, escalating prices.

Wright cites comments by Richard Bond, head of the largest meat processor in the world, Tyson Foods. Bond stressed the meat industry's frustration with rising grains prices and its inability to pass the costs on to the consumer. But he points out this is inevitable.

The good news for NZ meat producers is that our animals are grass fed, not grain fed and this makes us extremely competitive globally. This view is indirectly supported by the UN's Food and Agricultural Organisation, which has forecast global per-capita meat consumption to double over the next few decades.

This obviously is a long investment time frame but one cannot say that farmers don't think long term. We strongly suggest that all food producers and related services are speculative buys at present.

David McEwen is managing director of Investment Research Group. He can be reached by email at david@irg.co.nz or by mail care of this newspaper