So you want tax cuts? 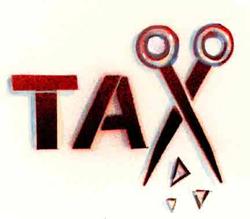 On the other side of taxation is government spending. Reducing tax levels means government outlays have to be reduced too, if not immediately then eventually when the borrowing is repaid.

This is how I opened the first draft of this column. But though it is theoretically correct, it is empirically wrong. To my astonishment – and no doubt to that of the Labour and National Parties – it turns out that, in the past, National has been often (marginally) the bigger spender.

I am looking here only at central government current spending (which excludes social security transfers). We all know National’s Sir Robert Muldoon was a big spender; he outlaid 16.6% of GDP on education, health and the like. Labour’s Roger Douglas and David Caygill cut that back to 16.1%. National’s Richardson-Birch-Peters-English regime cut the figure further to 15.8%. That is what we would expect (although their cuts were not as great as Labour’s).

However, current Labour Minister of Finance Michael Cullen has kept his spending even lower: 15.6%. Of course, he has actually spent more, because the economy has expanded. He has also spent more on infrastructural investment (which is not in this total), although that has been partly funded by reduced social security outlays from falling unemployment and indexing benefit rates to prices rather than wages. But -relative to the size of the economy, he is spending about $250 million a year less than National did in the 1990s.

So Cullen has been more prudent than his reputation. Indeed, he has been able to give higher tax cuts (including the Working for Families package), more generous New Zealand Superannuation and more concessions on student loans than National would have if it had maintained its spending regime. Well, blow me down. This is not the way the parties like to present themselves.

They will have to sort out between them which is better at controlling government expenditure. But unless they can convince us, the parties can’t really promise greater tax cuts.

It is easy to promise to cut “wasteful” public spending when in opposition. But ask any cabinet minister and, irrespective of the party, he or she will say it is very difficult in government. There is a constant- political clamour to spend more, even when it may not be effective. Trying to cut waste is like trying to get the fat out of a quality beefsteak: it is stippled through the meat and eliminating it usually damages the beef. The capacity of a department or a section to deliver services can be undermined, with worse service to the public or poorer service to ministers.

During the Bill Birch period, in the mid-1990s, National got its expenditure down to 14.9% of GDP (around $1200 million a year), better than Cullen. However, the public sector was suffering from the cutbacks – most obviously in the health system – and National increased spending under Winston Peters and Bill English.

Programmes can be cut. That is not about waste, but a deliberate decision that the service can be better provided by the private sector or, perhaps, that people do not really want it. But cutting the health and education budgets means the sick and parents pay more. Cutting the environmental and arts budgets means we have less conservation and culture.

That is the dilemma faced by those who promote large tax cuts. That is why their rhetoric does not mention that they will make large cuts to public spending. But you, the voters, are entitled to know.