Optimism from an Unlikely Source 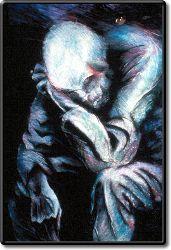 Market comments coming out of the US are pretty gloomy. But surprisingly, the usually downbeat commentator Richard Russell is upbeat.

Mr Russell has been commenting on the US market for an amazing 50 years and has seen boom and bust and everything  in-between.

Interestingly, Russell believes the market is still in the great bull phase that started back in the early-1980s. 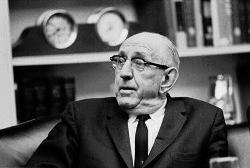 “One hint as to its nature may be the following - bear market rallies tend to be sudden and violent, seeming to come out of nowhere - and spurred on by heavy short covering. But bull market advances tend to be grinding and tedious, as upside level after level is systematically surpassed.

Since it bottomed in January, the Dow Jones Industrial Index has to him been bull market-type action with the Dow zig-zagging systematically higher - riding up an ascending trendline.

“Much of the rise in the market has been a result of a withdrawal of selling pressure rather than any active buying.

“In other words, there is a    contracting pool of stock for sale, so if you were a buyer you simply had to pay a higher price.

He points out a healthier market would see a real expansion in buying interest, but this just has not materialised.

It may be that potential buyers will have to see some signs that the housing picture is clearing. The thought of hundreds of thousands of foreclosures has kept many big buyers on the sidelines.

He says there is also much worry about a consumer cut-back. The thinking is - ‘If consumers cool it on their buying, the country is going to sink into a deep recession.

“So yes, I believe the stock   market has put in its lows for the year. But what's going to make the institutions buy heavily? In my opinion, it has to be a slow and even subtle rise in confidence regarding the US economy.” 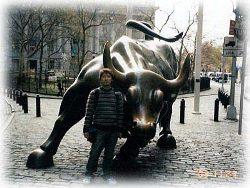 He think that confidence is returning coming.

He refers to an editorial this week in The Wall Street Journal; the article was entitled, ‘The Housing Crisis Is Over.’

“The whole housing situation appears to weigh heavily on the minds of investors. Many believe housing is the key to the forthcoming economy.

“The market is saying that it sees the picture, and with its ability to look into the future, it's telling us that the housing crisis is over (or will be in coming months).

“Economists, analysts, newspaper reporters are competing with each other to produce the most bearish print possible. I mean it's downright frightening to read thenewspapers today.

“Of course, it's well known that bearish news sells. In fifty years of writing about the markets, I can tell you that I've been through these periods before. And I've always depended on the markets to tell me the real story.

”Russell may be right or he may not (I tend to trust his judgement). The fact is, nobody can see into the future. But Russell is right a lot more often than not.