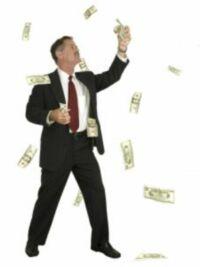 Why do we accumulate money? Apart from those scrooges who like money for its own sake, most people want it to buy things that will make their lives more comfortable and enjoyable - happy in other words.

Therefore, to be in the investment industry is to really be in the happiness industry. And some very smart people have put their minds to applying investment research techniques to the subject of happiness. One report we like comes from s tock broker Dresdner Kleinwort Wasserstein Securities.

In order to understand how we can improve our level of happiness we need to understand its components. The latest research suggests that happiness is composed of three sections. The largest contribu tor to happiness is the genetically determined set point. That is to say, people are pre-disposed to a certain level of happiness, which is determined by characteristics inherited from their parents!  This genetically determined set range accounts for around 50% of an individual's happiness. Because the set point is generally fixed, it is not something we can alter.

The second component of happiness is circumstances. Life circumstances include demographic factors, age, gender, ethnicity and geographic fac tors. It also includes personal his tory and life status. And money is a big part of the equation. That said, a vast array of individuals seriously over-rate the importance of money in making themselves, and others, happy. In fact, study after study from psychology shows that money doesn't equal happiness.

One study in 1994 surveyed 7167 students across 41 countries. Those who valued love more than money reported far higher life satisfaction scores than those who seemed to be money focused. Dresdner Kleinwort describes something called “hedonic adaptation". This means humans are very good at quickly adjusting to present conditions, and then judging them as normal. From that point, only changes from the "normal" level get noticed.

So, changing life circumstances seems to lead to only temporary improvement in people's happiness. This helps explain research which shows that since the 1950s people's happiness levels have been remarkably constant, despite a massive growth in income per head over the same time horizon.

So neither life circumstances nor the set point seem to hold the key to creating sustainable increases in happiness. All of which means that any hope for increasing happiness on a long term basis must lie with the third and final component of happiness - intentional activity.

Intentional activity can be broken down in to three areas: 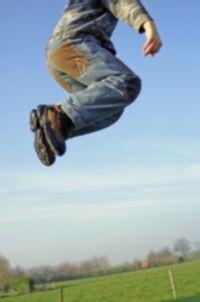 Unlike changing life circumstances, intentional activity is likely to be more resistant to hedonic adaptation. The very nature of activities means they are episodic, and hence are unlikely to become part of the "norm" in the way alterations to circumstances do. Because activities are not permanent they can be varied which again helps prevent hedonic adaptation. For instance, in taking exercise the particular activity can easily be altered from cycling to swimming.

Cognitive activities such as pausing to think about the good things in one's life can also help. After all, counting one's blessings helps to prevent them from becoming part of the "norm". An individual has much more chance of being able to start an activity than say, change the set point or alter life circumstances.

Dresdner Kleinwort warns in particular that you should not equate happiness with money. People adapt to income shifts relatively quickly, so the long lasting benefits are essentially zero.

If you have questions or comments you can email David here.