Closing the Gaps with Australia Not Likely with Present Policies

Governments and opposition parties have talked more about ‘closing gaps’ than doing so.

The government’s flagship ‘Closing the Gaps’ programme, focused on closing gaps between Maori and non-Maori and put in place after it was elected in 1999, was abandoned within a year.

Its focus then shifted to closing the income gaps with the top half of the OECD. However, 10 years later (taking into account forecasts), it will not have moved New Zealand one rung up the ladder.

The National Party talks about closing the wage gap with Australia, but it is doubtful whether the policies it has so far put forward would do anything to narrow it.

The task is extremely challenging.

In Australia wages are already some 30 percent higher than in New Zealand, and a comparison of productivity growth trends in the two countries suggests that the gap between the two will widen even further under present policies.

Productivity (a measure of how efficiently inputs such as capital and labour are used within the economy to produce outputs of goods and services) is the key determinant of any country’s ability to generate higher incomes for its citizens.

The publication by Statistics New Zealand of productivity data for the ‘former measured sector’ (which covers most of the business sector and around 63 percent of the economy) allows comparisons with Australia to be made on a like-for-like basis.

As the attached charts show, for the period 1992-2000 the average annual rates of growth of both labour productivity and multifactor productivity in New Zealand on a point-to-point basis outstripped the comparable growth rates in Australia. (Multifactor productivity reflects improvements in knowledge, technology and innovation – the government’s so-called ‘economic transformation’ goals.)

This strong performance reflected the gains from the economic reforms of the 1980s and early 1990s. 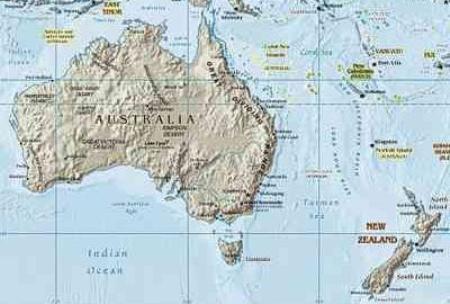 In looking at the relative economic performance of New Zealand and Australia, productivity data should not be viewed in isolation, since issues of measurement and interpretation arise.

Another comparison is the size of government, and the weight it places on the productive sector of the economy and its performance. This is arguably the country’s biggest obesity problem and a major factor inhibiting productivity and per capita income growth.

Government expenditure at all levels in Australia (federal, state and local) is estimated at 34 percent of GDP in the coming year (and the Rudd government is seeking to cut spending), compared to 43 percent for all levels of government in New Zealand, according to OECD figures.

As the Business Roundtable has often pointed out, no comparable OECD country has achieved high rates of economic growth on a sustained basis with total government spending at over 40% of the economy.

While recent Australian governments can be criticised for their reform efforts, they have stayed on a path towards greater economic freedom, which facilitates entrepreneurship and growth.

The 2008 Heritage Foundation/Wall Street Journal index of economic freedom ranks Australia in fourth place (after Hong Kong, Singapore and Ireland) and ahead of New Zealand, which is in sixth place and has fallen in absolute terms.

By contrast, the 1996 index had New Zealand in fourth equal position while Australia ranked seventeenth equal.

It is well established in economic research that a country’s institutions and policies are the main determinants of productivity and income growth.

It was possible for Australian prime minister Kevin Rudd to adopt ‘me too’ policies in the run-up to last year’s election – Australia has been heading in generally sound and consistent directions under the Hawke, Keating and Howard governments.

Nevertheless, he criticised the Howard government for dropping the ball on economic reform, and productivity was a major issue at last weekend’s national summit.

Closing the gap with Australia is not an impossible dream, but New Zealand will need material changes in direction to do so. At present no major political party is proposing them.