Now that the dust has settled on finance minister Michael Cullen’s eighth budget, it is timely to reflect on wider issues than who got what on budget night.

Several points are of interest.

First, after arguing against tax cuts for many years, it is pleasing that Dr Cullen accepted that New Zealanders are over-taxed and announced a large tax reduction package.

But it is in many ways a Clayton’s package. Government spending is the best measure of the overall tax burden – the ratio of spending to GDP can be regarded as the economy-wide average tax rate. The budget projects this ratio to rise further, so the total tax burden will increase, not reduce.

Moreover, for many taxpayers the package does not even offset the effects of inflationary fiscal drag since Labour assumed office in 1999. 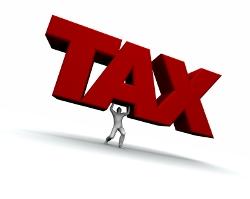 Second, the shape of the package is curious. Because it gives roughly similar amounts back to all taxpayers, it is in effect equivalent to a reduction in a poll tax (an equal per-head tax). If revenue requirements were to increase, Dr Cullen is probably the last person who would favour introducing or raising a poll tax.

Third, the package illustrates the limits of income redistribution. Dr Cullen said he has pushed redistribution about as far as he could. Yet many people are clearly disappointed that the improvements in their after-tax incomes are not large – between $22 and $55 a week after three years, according to the budget.

In a strongly growing economy someone on the average wage ought to be able to expect an increase of, say, 10 percent or $100 a week after three years.

In other words, growth in the economy, driven by growth in labour productivity, is far more important for improvements in living standards than income redistribution. The wage gap with Australia cannot be closed by tax cuts. It requires ongoing increases in real pre-tax wages.

Regrettably, the outlook for such increases is poor. The KiwiSaver employer levy and other non-wage labour cost increases imposed by the government are ultimately paid for by workers (in the form of lower wage increases than otherwise). Taken together with the slump in labour productivity growth, there is now little scope for real wage increases in the medium term without pushing up unemployment.

Fourth, income redistribution is not costless. A study for the Business Roundtable, The Outcomes of Income Transfers by Australian economist Mark Harrison (www.nzbr.org.nz), estimated that a transfer worth an extra dollar to low-income households could result in an efficiency cost (a loss of national income) at least as high as $2.30 because incentives for productive activity are blunted. Income redistribution is justified to help the genuinely needy, but it inevitably comes at a cost to growth and the risk of welfare dependency.

Fifth, a focus on the initial impact of tax changes overlooks the fact that their ultimate incidence may be quite different. As the KiwiSaver employer levy example shows, firms have to shift the incidence of the levy because they have to meet their cost of capital on an ongoing basis. For the same reason, company taxes ultimately fall on individuals. 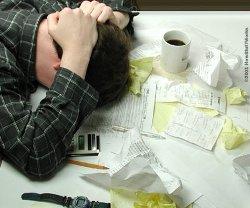 Similarly, Westpac Bank economists have noted that one effect of the increase in the top tax rate to 39 percent was to push up the price of houses (since housing is tax-favoured relative to other investments and people adjusted their portfolios).

Another was to push up the gross wages of highly skilled and mobile workers. Less skilled workers and the geographically immobile typically have the fewest options for shifting the incidence of tax.

Sixth, and for the foregoing reasons, the design of the tax package goes against all the advice that the government has received from the 2001 McLeod Tax Review, the Treasury, IRD and most tax professionals that the priority in tax reform should be to make the income tax scale lower, flatter and simpler in the interests of improving productivity and economic growth and reducing compliance costs.

Instead, by dropping the bottom tax rate and not cutting the top ones, Dr Cullen has made the tax scale steeper and done little to reduce high effective marginal rates. His legacy looks like being a more complex and concession-ridden tax system which raises government revenue in more economically costly ways.

High marginal rates of tax on the most productive members of the community drive New Zealanders overseas and make the country poorer. Wealth creation is better understood in Australia. As one commentator noted, there has been very little snivelling in Australia in recent years over tax cuts affecting higher income earners, and the Rudd Labor government has foreshadowed further reductions.

By failing to take the advice to implement growth-oriented tax reform, Dr Cullen has confirmed what was already apparent: that the government has no chance of achieving its stated “top priority” goal of raising New Zealand to the top half of the OECD income ladder.

The challenge to other political parties will now be to pick up that advice.