How to Avoid the Pitfalls of Innovation in Emerging Markets

There was an idea that caught popular attention a few years ago: basic, affordable products from emerging markets for use in their home countries could eventually move up and disrupt global markets. But the record has been mixed, according to this op-ed by Alok Bardiya, a senior executive and entrepreneur based in India who has worked across countries and now heads the venture capital arm of a Fortune 500 company. He is also on the board of several companies and is an active member of the startup ecosystem. In this opinion piece, he explains what it takes for successful innovation. 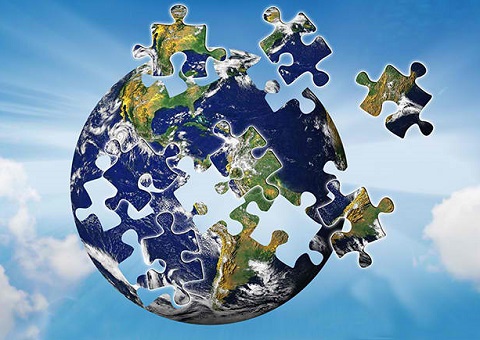 Two products caught global attention several years ago. They both aimed to provide an alternative to refrigerators to consumers in emerging markets who could not afford a conventional fridge or lacked the electric supply to run it. One was ChotuKool, a small box-like device (chotu means small in Hindi) with a unique design that cooled using a thermoelectric chip running on batteries. The second was MittiCool (mitti means clay or earth), a clay container with shelves that uses water evaporation to cool items. Chotukool was priced at $60 and Mitticool sold for $40.

Both products were disruptive and had a potential market of hundreds of millions. The actual sales though were underwhelming. Mitticool has not scaled up beyond few tens of thousands of units over several years. Chotukool had similar volumes in a market of 8 million-10 million conventional refrigerators annually in India.

The idea – that basic, low-cost products from emerging markets will first tap into the unmet needs of billions of people in home countries and then eventually move up and disrupt global markets as well – made sense. Terms like “frugal innovation” and “reverse innovation” gained currency, and there was a lot of excitement about these ideas back then, coinciding with the emerging markets boom.

A reality check now, however, shows that the actual success has been underwhelming, and most of these products have not scaled beyond a few million dollars in revenues or beyond targeting small niches.

New products do succeed in emerging markets, of course, but they tend to be global products or local clones with some incremental innovation. These tend to take the more common approaches to product introductions, such as “lift and shift” or “fast, better, cheaper.” Think of consumer durables like refrigerators or TVs, cheaper mobile phones, or of services such as a Google or a Facebook, or their local-language clones. Here the path to success is smoother, while the challenges of succeeding with disruptive innovation are far greater.

“Pricing needs to be disruptive – ‘lower’ alone may not be sufficient.”

What Worked, What Didn’t?

One clear lesson from all of this is that the assumption of “if we build, they will come” doesn’t work, even for previously unmet needs. Several other lessons stand out:

Companies that adequately empowered and resourced the new product team for a longer run have showed success. HUL’s Pureit is a good example. It is priced $20-$30 — at the low end of the range – and does not require running water or electricity. The water filter was launched in 2005 and emerged as the market leader in in India and also scaled up well in other emerging markets riding on Unilever’s global strength. Estimates put sales at more than 50 million units worldwide.

Long-term focus was integral to this effort. Unilever identified water as one of the 10 global opportunities for the long term, which combined business returns with social impact. Water was structured as a separate business unit reporting to the HUL CEO. The group also invested significant time and capital to first test market the product for three years before rolling it out nationally.

Bringing It All Together

One example shows how the key elements work together. D.Light makes off-grid home solar devices and has sold products to more than 50 million households in many emerging countries in Asia and Africa. A combination of factors helped d.light succeed. The founders brought deep customer knowledge — one lived in Africa for many years and observed the risks associated with kerosene lamps. The company invested close to three years in building the product. The final product, designed by a San Francisco firm, was high quality, rugged, and came with a two-year replacement warranty.

For a customer, this meant fulfilling a critical immediate need (light) with a product that was also desirable to own. Pricing was kept low but more importantly, d.light introduced pay-as-you-go models both in partnerships with small financial groups and other payment businesses (M-KOPA in Africa). Given that disruptively low-priced products for “bottom of pyramid” segments may not bring profitability unless the volumes are very high, d.light built a broader product portfolio ranging from $8 for a lamp to a “home solar system” priced in the $100 range.

D.light also showed flexibility and patience in overcoming the GTM challenges. In India, it started by selling through retailers but later partnered with oil companies to sell at gas stations. This was a win-win outcome given that the oil companies were seen as selling an environmentally friendly product.

Sectors that hold the potential for emerging market disruption to impact other markets are health care and software — software as a service (SaaS) and mobile-based plays. Some of the commonly encountered challenges – like pricing inefficiencies and GTM – work to the advantage of disruptors here.

“Sectors that hold the potential for emerging market disruption to impact other markets are health care and software.”

What gives SaaS such potential to scale globally? Several things are coming together: the explosive growth of smartphone and internet; the engineering and software skills pool; how the internet removes GTM hurdles (web discovery, digital marketing, etc.); the customer adoption of the cloud and SaaS; global investors who provide capital and access; and, entrepreneurs who understand global customers’ needs from their past software industry experiences.

Most of these software products target enterprise customers, and for some of these SaaS companies more traction has come from developed markets. The innovation is not just in the product and pricing but also in the sales/business development model with an in-bound, web-based sales and support engine managed by teams based in the home country. As these companies scale up, the model is being tweaked to create a front-end presence with top executives in the key markets, typically in the United States. In fact several of these companies register themselves in U.S., which helps in funding and future exits.

There are several examples where emerging market players are scaling up globally – WSO2, an open source middleware software company based in Sri Lanka; Freshdesk, a customer support platform; Zoho, a full suite of business software; and several other cloud/infrastructure platform players.

As emerging markets continue to grow, disruptive innovation in services, products and business models will continue to thrive. In some sectors, innovative players from emerging markets will start creating global impact and start matching up to the original expectations. In other sectors, a disciplined business management approach and due investment in educating and driving adoption will help.