How One German Retailer Is Adapting to the Digital Era

Germany’s retail sector is becoming “much more intense and complex,” Lovro Mandac, chairman of Galeria Kaufhof, told an audience of students during a recent talk at Wharton. And that’s making it difficult to achieve growth at the country’s largest department store chain. “If we don’t change, we will be out of the market.” 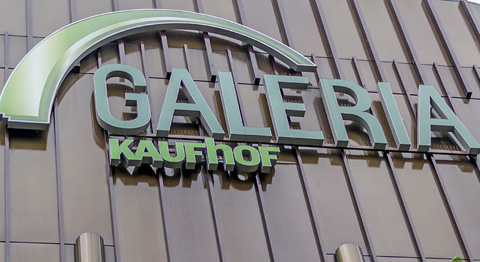 The event was co-sponsored by Wharton’s Jay H.Baker Retailing Center, the Lauder Institute and the Huntsman Program. Mandac is a member of the Baker Center’s advisory board.

After serving for 20 years as CEO of Galeria Kaufhof, Mandac recently became CEO of its holding company, Galeria Holding, as well. Overall, Galeria Kaufhof operates 105 department stores in Germany and 15 stores in Belgium, as well as two German sporting goods chains that have an additional 17 stores. Galeria Kaufhof belongs to the Metro Group, a conglomerate of grocery, consumer electronics and other retail stores that earned aggregate revenue of 66.7 billion euros (about $87.5 billion) in 2013.

With sales at Galeria Kaufhof’s brick-and-mortar stores stagnating, Mandac noted, the firm has been turning more and more to e-commerce to generate profits. In the 2013-2014 fiscal year, which ended in August, sales at its physical stores declined by 0.3%, while sales at its mail order/online shops division grew by 5.5%, Mandac said. German shoppers don’t go into big cities as often as they used to because the process is time-consuming, inconvenient and not always safe. “It takes too long and the parking is too expensive,” Mandac stated. Moreover, shopping hours and days are heavily restricted by law.

Demographic changes are also a source of pain for Germany’s retailers. Mandac said he is frustrated that, as many young people move to larger cities in search of opportunity, smaller cities are struggling to survive. “If no one is younger than 60, you can’t run a store.”

“In middle management, 32% of all managers are female; in the last 20 years, [that has grown] from more or less zero.”

Mandac is also chairman of Urbanicom, the German Association for Urban Development and Trade, and in that role, he’s working hard to get the government’s attention about retail’s woes. “We have to convince politicians of how important retail is [to economic growth], Twitter ” he said, noting that while brick-and-mortar stores are legally required to close on most Sundays in most places, and shopping hours are heavily restricted during the rest of the week, online stores remain open seven days a week, 24 hours a day. “This is not a fair competition.”

Using Data to Their Advantage

In 2011, Galeria Kaufhof gave its online shops a “whole new look,” and embarked on a multi-channel marketing approach that incorporates mobile devices — much as the leading department chains have done in the United States. But the pace of change continues to accelerate. Not so long ago, major German retailers typically operated within an investment cycle that lasted from five to 10 years. Now, retailing firms must readjust their investment strategies every one to three years, Mandac said.

Galeria Kaufhof benefits from broad brand recognition; 89% of the German public knows of the chain, noted Mandac. Marketing a broad range of mid-market products — 20% of which are sold under the firm’s exclusive brands — Galeria Kaufhof segments its customers into three broad categories: Those buyers who are concerned most about service and quality; those who are primarily brand- and trend-oriented, and those (mostly older) customers who are largely guided by their sense of brand loyalty.

The chain collects and analyzes information from its customers in an effort to understand their tastes and needs, and offer those products that meet their specific needs. “We get information from eight million loyalty cards — about eight million people or families — which we collect and we analyze,” Mandac said. “When you apply for a card, you get some benefits. In our case, you collect points. For each euro you buy, you get one point. If you have more than 500 points, you can go to a redemption terminal to switch the points into money, mileage or other benefits.”

Nowadays, consumers are targeted in multiple channels. “The switch in advertising from the classical one into e-mail advertising is going very fast,” Mandac pointed out. Until recently, it was mostly younger people who were involved in that process, but that’s changing. “Everybody has a computer in Germany now,” so it is much easier for people to feel at ease shopping online, he said.

“We have enough challenges in the local markets. [The French] always look very elegant. Especially in fashion and design, there are big differences”

Although about 70% of its customers are female, Mandac said Galeria Kaufhof’s stores are not as appealing as they should be to women shoppers. In part, he noted, that’s because “it’s mainly men who design them. These jobs have always been in the hands of men, and it is new for women to take over these jobs. But we are trying to employ [women] who will be educated in this business. We have to educate the [women] to become store designers. In visual merchandising, half the staff is female now. In middle management, 32% of all managers are female; in the last 20 years, [that has grown] from more or less zero.”

Although Galeria Kaufhof and other major retailers have become adept at using consumer data to analyze and predict the buying patterns of shoppers, Mandac said that business school education in Germany is “not yet patterned after the education in U.S. business schools. But it should be, because you will find a lot of more international students [in the U.S.], which provides a big advantage to your organization. What I say is, bring fresh blood in.”

Which U.S. retailing chain wins his highest grade? “I was always impressed by Bloomingdale’s and I still am,” Mandac noted. “Michael Gould [who recently retired from Bloomingdale's] came out of the old mass-merchandise business into an upgraded, still volume store, which attracts all kinds of people….” Generally speaking, business education “is not as professional” in Germany as it is in the United States, he said. When it comes to training to the retail sector, moreover, “interest is not as high [in Germany] as [in the U.S.], so it is much more difficult to employ young people in the retail industry. It is not that prestigious in the minds of people as it is [in the United States].”

In November, the company opened its sixteenth store in Belgium. And in April 2017, it will open its first store in Luxembourg. Both stories will operate under the Galeria INNO brand. Nevertheless, Mandac dismissed the notion that Galeria Kaufhof should expand into many other European countries. Noting that consumer tastes are “totally different” from each other in Germany and France, for example, he added, “We have enough challenges in the local markets.” French men and women “always look very elegant. Especially in fashion and design, there are big differences” from Germany.

“If they want to buy that [luxury goods, Germans] will fly to Paris or London so their neighbors cannot see what they are paying for in their own city.”

He also pointed out a notable cultural difference between German shoppers and those elsewhere: While the French and Italians, for example, have no problem buying luxury goods at their local department stores, most Germans are reluctant to purchase such items near home. “If they want to buy that sort of thing, [Germans] will fly to Paris or London so their neighbors cannot see what they are paying for in their own city,” Mandac noted. “The only exception is cars. Everybody must see that you are driving a Porsche or Mercedes. That is a status symbol. But a watch or a suit or a dress, is not a status symbol [in Germany].”

So, rather than attempting to expand into unfamiliar foreign markets, Mandac say his firm recently restructured Galeria Holding into three divisions: Galeria Kaufhof; Galeria Real Estate Holding, which manages and enhances the chain’s real estate properties, and Galeria Immobilien-service, which provides various kinds of vital services for the other two divisions, such as energy management, supply management and the coordination of rental agreements. Mandac hopes the overall group will reap significant benefits from the strategic restructuring. “You can develop a property much better if you know how to handle the insides of a store,” he said. “You can create greater value for the total [enterprise].”