In September it was reported that SABMiller, the second-largest beer company in the world, had been approached by top beer company Anheuser-Busch InBev about a potential takeover. This $100 billion-plus merger is raising the eyebrows of anti-trust regulators, particularly in the U.S. and China, and would change the landscape of the industry. In the U.S., the two firms constitute three-quarters of the beer market. 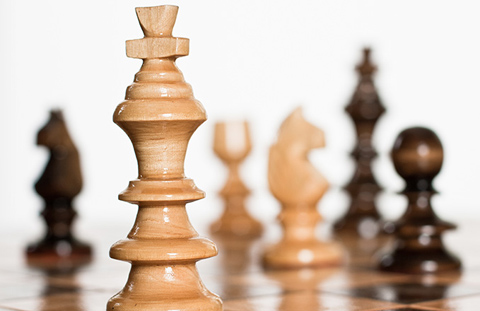 Behind the headlines is the tale of how SABMiller got to be so big. During the apartheid era of the late twentieth century, the South African Brewing Company (SAB) could not do business outside of Africa (even if it could have competed successfully against the ubiquitous Western brands) because of sanctions imposed against its government. But after apartheid ended in 1994, SAB became “one of the most aggressive and smartest acquirers out of all the emerging markets,” according to Anil Gupta, chair of strategy, globalization & entrepreneurship at the Robert H. Smith School of Business at the University of Maryland.

Gupta describes how SAB capitalized on newly opened markets such as Eastern Europe—where Communism had recently ended—and China, which was beginning to invite foreign investment. Whereas Western beer companies were “gun-shy” when it came to acquiring formerly state-owned breweries in these regions—which were “horribly mismanaged and in terrible shape”—South African Breweries moved forward undaunted. (“For them it was more like ‘been there, done that,’” commented Gupta.) SAB continued to grow, later making acquisitions in the developed world such as the well-known Miller brand in 2002.

Mergers and acquisitions (M&A) have continued to be a prime method for emerging multinationals (EMs) to expand, both into developed and developing regions. A Thomson Reuters study reports that the amount of announced emerging market M&A in 2014 jumped nearly 29% over the previous year. (The total value of emerging market M&A activity in 2014 was a whopping $859 billion.) And in comparing the M&A activity of emerging multinationals with that of Western multinationals, Laurence Capron, a professor of strategy at INSEAD, points out that about 35% to 40% of today’s cross-border deals are made by firms from emerging markets as opposed to only about 20% in the early 2000s. “In the past 15 years, we have seen really a huge increase.”

A Thomson Reuters study reports that the amount of announced emerging market M&A in 2014 jumped nearly 29% over the previous year.

China, Brazil and India (in that order) top the Thomson Reuters list for the emerging economies with the most M&A activity, a statistic that Gupta finds unsurprising. “One sees outbound M&A from the larger emerging markets,” he comments, noting that less wealthy economies generally do not possess the needed scale. Exequiel Hernandez, a Wharton professor of management, agrees. “The companies that are making these expansions tend to already be fairly well managed … they’re not puny little firms.”

Puny or not, and emerging multinational or not, companies that undertake M&A can discover that such deals are not always as lucrative as they seem on paper. “Lots and lots of research points out that more than 50%—and these days it’s getting closer to 70%—of M&A deals do not actually create value for the acquirer,” says Gupta. To begin with, many firms lack the organizational capability to engineer a good deal and wind up overpaying. Plus, many do not handle the difficult period of post-merger integration effectively. Also, some companies purchase less-than-ideal assets. Gupta gives the example of China National Offshore Oil Company’s 2013 acquisition of Nexen, a Canadian oil and gas company, for more than $15 billion. “It has been a disaster,” he says. “They bought one of the worst Canadian oil companies. They bought it at the wrong time; they massively overpaid, and they haven’t been successful in managing it well.”

Gupta states that China, although it tops the list of EM acquirers and tends to outbid its competitors, faces a disadvantage in the M&A game because state-owned enterprises dominate its economy. As a result of the state-owned status, Chinese acquirers often have little M&A experience under their belt, and tend to be motivated by “a national mission to go global, rather than by business logic.”

He contrasts this with countries such as India, Brazil, Turkey and South Africa in which the companies engaging in M&A are mostly private-sector—and in some cases family-controlled—leading, in his opinion, to savvier business dealings. “[They say,] ‘If the company goes abroad and we mess it up, it’s going to hurt my pocketbook, and the CEO’s pocketbook, and the pocketbook of his or her family.’” These companies tend not to proceed without “having thought ten times about it and making sure that they have considered all the risks, or built the capability.”

“Lots and lots of research points out that more than 50%—and these days it’s getting closer to 70%—of M&A deals do not actually create value for the acquirer.” –Anil Gupta

China also fares less well when it comes to sealing the deal, according to Capron. Her research shows that when Chinese firms plan acquisitions abroad, about 30% to 40% of announced M&As are never actually completed. (Hence China’s status at the top of the Thomson Reuters M&A list, which covers “announced” deals, must be taken with a grain of salt.) In a 2013 article in South China Morning Post, she identified a number of causes, among them “political suspicion of Chinese firms in many target countries … political issues [in China] about which companies are allowed to take advantage of growth opportunities … also challenges in completing deal funding.”

Resistance from the target company can be an issue, she says. The situation of a Japanese firm being bought by a Chinese firm might be different, for example, than if an American firm is the buyer, because “people may be concerned about what’s going to happen in terms of the governance model.”

The urge to engage in M&A activity just to “go global” is not limited to China or to state-owned enterprises. Hernandez says that some EMs may simply want to challenge themselves by buying Western assets, motivated by a “make it there, make it anywhere” mentality. “Maybe [that’s] not a very rational strategy, although there are companies that have made it through.” The experts agree that emerging multinationals should not assume that any and all M&A deals will be their ticket to success. But if not, how should they choose their targets?

Capron notes that a large proportion of emerging market firms go abroad for acquisition to capture assets they themselves do not possess, such as a strong brand and premium technology. She points to examples of two successful EM automakers purchasing well-known Western brands: the Chinese company Geely’s acquisition of Volvo in 2010, and the Indian firm Tata’s acquisition of Jaguar Land Rover in 2008. (Of Tata, The New York Times wrote a few years after the deal, “Analysts say Tata has done what few companies from emerging markets have been able to do—turn around and successfully run a troubled Western company.”)

From Turkey, there is the case of food-product corporation Yildiz Holding, which bought the familiar brand Godiva Chocolates from the U.S.-based Campbell Soup Company in 2008. Gupta observes that “they have managed Godiva quite well,” expanding the company aggressively into China and Western Europe.

The Mexican corporation Cemex, the world’s leading supplier of ready-mix concrete, is another firm that has historically based its M&A deals on good business logic, according to Hernandez. Cemex was founded in 1906 with one plant in northern Mexico. “They weren’t just saying, ‘We’re a little Mexican company; we want to have more legitimacy in the world, so we’re going to buy the biggest European cement maker,’” says Hernandez. He explains that the fledgling company wisely chose markets with construction industries that were counter-cyclical to Mexico’s, thus helping buffer the firm from the inevitable ups and downs of its home economy.

“[Cemex wasn’t] just saying, ‘We’re a little Mexican company; we want to have more legitimacy in the world, so we’re going to buy the biggest European cement maker.’” –Exequiel Hernandez

The experts say that another key ingredient for M&A success is to start by making small acquisitions before attempting large ones. “You have this kind of iterative process of, ‘I buy some firm, I learn from it, I upgrade my capabilities, and I go on to the next deal.’ Some firms have been very good at doing that,” says Capron. Gupta notes that this pattern has been followed “even by the P&Gs, IBMs, and GEs of this world,” and that it helps the acquirer learn how to integrate cultures and organizational systems. The aforementioned Tata Group, whose net worth today is $360 billion, had as its “early starting point” for M&A its 2000 purchase of UK firm Tetley Tea for $434 million. “It was not a particularly large acquisition, but they did that as part of learning how to be smart and play the cross-border M&A game.”

Getting Down to Brass Tacks

Once the deal is closed, there is the tricky post-merger integration period of making two companies into one. In the case of cross-border M&A, the acquirer is dealing not only with different organizational cultures, but with different country cultures. This may pose a challenge for some acquirers, but bring an advantage for others.

Capron points out that the M&A integration experience for EMs can be very different depending whether the target is an emerging market or developed firm. “If they enter an emerging market, they might be kind of better positioned because they know what it takes to work with different stakeholders … they might be better at being more locally integrated.” On the other hand, if they acquire a developed-world company, “they may not be used to, for instance, an Anglo-Saxon type of environment.”

Gupta compares the M&A rivals India and China in terms of their organizational capabilities, asserting that Indian acquirers are better at managing diverse cultures. He says that because India is “a far more heterogeneous country than China” is terms of religion, language and ethnic background, Indian acquirers approach an M&A integration with more ready-made training in “how to respect and manage differences, when to back off, when to impose.” He observes that Indian managers’ English-language skills can also be an advantage.

As Mauro Guillen and Esteban Garcia Canal state in their 2013 book Emerging Markets Rule: Growth Strategies of the New Global Giants, “While the traditional corporate landscape is littered with failed deals, many of the most high-profile emerging market multinationals have grown more sophisticated and prospered precisely through their acquisitions.” For emerging multinationals venturing into M&A, the challenges are complex but the potential rewards are great.