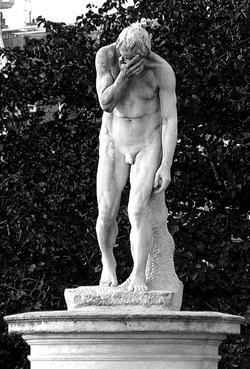 The BBC reports on seven new sins proclaimed by the Catholic Church.  I would have thought they were doing badly enough implementing the the original sins, they really didn’t have to invent some more.  But here they are:

Now they are all quite interesting.

If one includes carbon emissions as pollution, then we are all sinners and should ask God every week to forgive our carbon footprint. A lot cheaper than carbon credits also.

And if GM food results in millions of people not starving, or cures for fatal illnesses, well sorry you scientists - it is still a sin.

And Bill Gates is obviously going to burn in hell. No not for Windows ME but for being rich. Never mind that he donates more to charity and helping people in poverty than anyone else alive.

Inflicting poverty being a sin is also interesting.  Does this make Dr Cullen a sinner as NZ still has poverty? And does this make the Chinese Government non-evil for lifting so many out of poverty?

Consuming drugs is a sin.  Does this include party pills? How about coffee?

And what Vatican spin doctor came up with morally debatable experiments.  What does that even mean?

I might even agree with the one about violating fundamental rights of human nature if they could list what these rights are.

Now The Times lists the seven original sins, and their respective punishments:

So what might be appropriate punishments for the new sins? My guesses are: