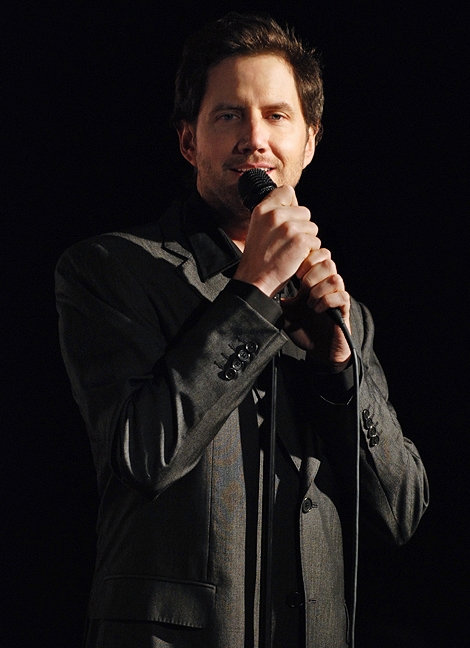 As a performer of stand-up comedy, he is best known for his sketch performances on his television reality show, The Jamie Kennedy Experiment - which became the WB Network's highest ranking new show in 2002.

When and why did you become interested in acting?
I was always goofing around as a child, and at 15 years old my sister told me that i should become an actor.

Tell us more about Marty Power.
Marty was a character that I did in my stand up, and I got really good at sounding like this old man. So, I started calling casting directors, and agents as that old man, telling people how great I was, and that they had to see me. In essence, I was my own agent.

You were an extra in Dead Poets Society. Can you actually be seen in the film?
If you look at the movie theatre scene where Robert Sean Leonard is drug off by his father, you actually see my ear.

You have had a wide range of roles, what has been your favourite?
Malibu's Most Wanted, for the comedy; Three Kings, for its relevance; and Boiler Room for its cult status.

What has been the lowlight of your career?
Getting reviewed for Son of the Mask.  If I knew it was going to be that intense, I wouldn't have done it.

When did you become interested in comedy?
When I was 18 I entered a local contest, and I won 2nd prize, which was a free dinner. And I thought, "hmm, maybe I'm on to something."

How would you describe your comedy style?
I don't know how to describe it. I just know I like George Carlin a lot. But if people want to watch me, go to myspace.com/jamiekennedy and watch clips.

How do you deal with hecklers?
I love them. The more they heckle, the better the show.

You recently showed your penis in a film... how scary was that?
First of all, how the hell do you know that! I just showed it yesterday! As far as how scary it was, we had to get the light juuust right.

Do you enjoy writing for your blog? Do you do it when the mood strikes, or regular like clockwork?
Wow, you really do know a lot about me. I really would like to write more. I just get so busy, but I want to try to do it every two weeks. That way the readership will be loyal. Although, you have to write when you have something to say.

You have performed for the troops in Iraq. What was that like?
It was the most useful time I ever spent in my life. I actually thought I was contributing something to the world for once.  I had never seen grown men cry at the site of a familiar face. It was a very humbling experience. 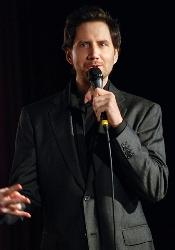 If you had to choose a new vocation, what would it be?
I like teaching, even though there's no money in it. I just spoke to a graduate class at USC, and they were pretty challenging in their questions. I thought that was cool.

What has life taught you about women?
Well, you gotta just let women run the show.  They gotta feel like they're being heard, appreciated, and understood. And they also need to feel loved.  If you can do those four things, that's a good start. Oh, and don't try to have sex with their best friend.