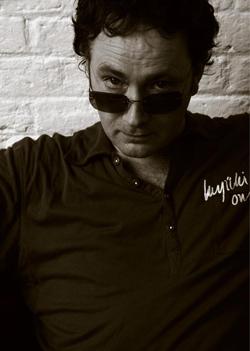 Jeff Green is a UK comedian whose razor-sharp observations and abundant natural charm have made him one of the brightest stars on the British comedy scene and one it’s most irresistible rogues. Frank talks to him about sardines, the misery of comedy and talking bollocks…

Did you like WellyWood?
Yes I did, but it was a bit claustrophobic with the sea on one side and mountains on the other. But no, we liked it. It was an odd experience working with 11 other comedians, because normally you are on your own.

What are Kiwi audiences like?
So far so good! I know that you’ve got to be really funny to win over foreign audiences, I mean, I’m English, why would you go and see me unless I am telling you funny things?

What question have you never been asked in an interview that you wish you had?
Why are you wasting your life doing this? It is an odd job to be a comedian, but very rewarding. It’s basically travelling around the world talking bollocks. I wonder why more people don’t ask me if I should grow up.

Does it strike you as odd that people pay to hear you talk bollocks?
Absolutely, and the thing is you can’t think about it. If you thought about how much effort people go to in order to come and see you, sort tickets, organise a babysitter, shower, get dressed etc, you would blow your mind.  It doesn’t bear too much scrutiny.

Did you always have a natural aptitude for comedy?
Yes, I came out my mum’s womb wearing a clown outfit. Mum actually had a bit of trouble getting me out because of my enormous shoes. Aah… where am I going to go with this? My first gig was on April 6th, 1988, so it will be the 20th anniversary soon.

How will you celebrate that?
I don’t know, probably how I celebrate everything, with several Amstel beers.

So where was your first gig?
At Fergies, a room above a pub. There were 6 people in the audience. I couldn’t tell you what I said, it was mostly a blur - but knew that I wanted to do it again. It is like bungy jumping I suppose, some people do it once and say ‘Well I did it’ and others go out and  buy their own crane.

What were you doing before you got into comedy?
I had a real job, selling oxygen acetylene to welders. I did chemical engineering at university, and then did two years of selling while doing comedy at night. I was absolutely knackered! When I won best new act of the year in 1989, I quit the day job. 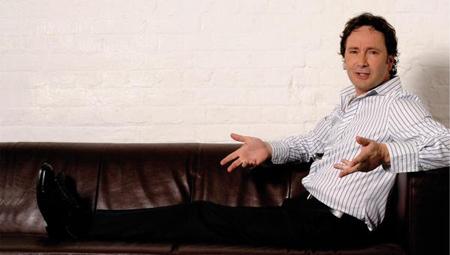 Was that scary?
It was very scary trying to make a living from comedy -  but so desperate to do it! Comedians are more fun to hang out with than engineers.

If you couldn’t be a comedian/writer, would you still be an engineer?
No, I’d be dead - I would have killed myself if I was still doing that! If I could have any job in the world I’d like to be a rockstar, specifically a tuba player in U2.

What do you put on your customs form under occupation?
Comedian. 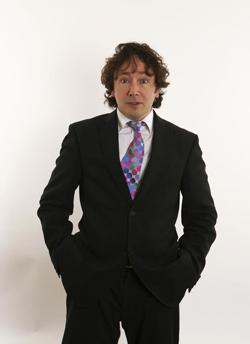 Do they laugh at that?
No, but you know they don’t have any sense of humour – probably because they are always standing too close to an X-ray machine.

Your comedy seems quite observational, is the material garnered from everyday things?
Yes, and it can look very simple in that respect. But there is a lot more going on than people are aware – the evidence for that is you only very rarely get overnight sensations in comedy, it takes a long time to learn the art, a good 7-10 years.

So you couldn’t have a Comedic Idol?
No, because you would get found out. With Idol people can enjoy the songs, think ‘nice voice’, but in comedy people are very quick to judge – you need to develop stage, performance, space and writing skills - there is a lot going on. That is why most comedians start with 2-3 minute spots and work from there.

Do you get many hecklers, and if so, what country are they worst in?
Actually no, and there is a difference between heckling and banter. I usually listen to what they have to say and then repeat it back to them so they realise how silly they sound. But banter, some of the best lines I’ve had are from banter. Recently I was talking about divorce, and I said ‘Two out of three marriages in Britain end in divorce,’ and someone shouted out ‘The other ones end in murder’. Gold.

What made you decide to get into writing?
Well I write for my show anyway, and my agent said ‘Why don’t you write a book? Everyone else is writing a book’. I told him that the only thing I could do is put my jokes into alphabetical order.  So that is what I did. It was called The A-Z of Living Together, and it was number five on the Sunday Times best sellers list for several weeks.

How do people you mention in your act and use as inspiration for your books, eg wife, mother, children, react?
They have no choice, everyone has to pay their way in this family! If they do something and I write a joke about it, and as a result I get a booking: it benefits the whole family. I definitely strip mine my personal life for material, but the thing with comedy you’ve got to remain relevant to the audience, if you don’t, they certainly let you know.

Are all comedians depressives? Is it a case of tears of a clown?
Comedy is born out of the misery of life. No jokes ever been written about happy situations, that is why sitcoms are all based around miserable situations.

Well how do you make misery funny?
Well that’s my job. To make things funny you have to elevate them to a certain level and give them a twist. Basically you perform to each audience and keep tweaking the act according to their response. You get them engaged and go from there.

What’s unique about British comedy?
That is where most of the misery is! We have had 2000 years to hone our comedic skills based on dreadful weather, over-crowding and having the Scots, Irish and Welsh whinge all the time.

Tell us about being on Celebrity Masterchef – what happened?
It was good fun, but terrifying. I cooked salmon, then sardines escabeche on toasted ciabatta followed by Moroccan lamb with lime flavoured couscous.

What did the judges say?
That my salmon was cooked properly (the others didn’t do that), I had a really good palette and my veges needed salt. I was beaten by eventual winner, and it was very close.

What has life taught you about women?
Keep out of punching range.

What is your best Knock Knock and Yo’ Momma joke.
Knock knock. Who’s there? Jeff. Jeff who? That’s showbiz! 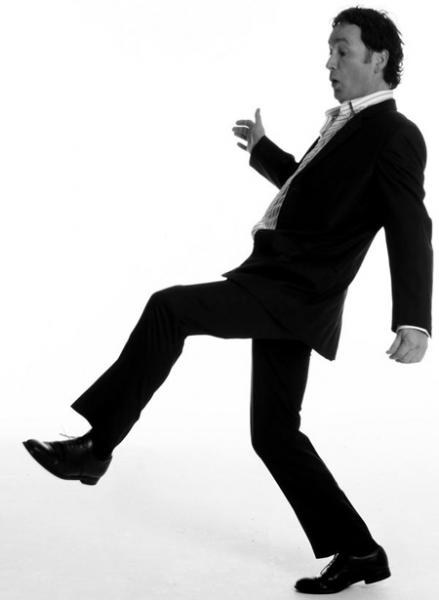