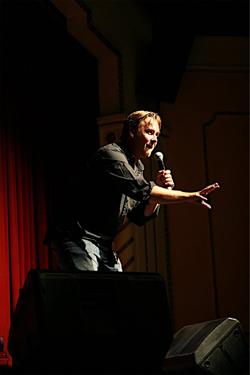 Award winning NZ comedian, and regular Getfrank contributor, Jeremy Elwood opens his festival campaign a little earlier than most this year, with a week at the Dunedin Fringe Festival before the NZ International Comedy Festival kicks into top gear. He takes this chance to do some shameless self promotion, and ask himself some not-so-hard questions:

You really had to be there.

Hopefully because I have something to say! It’s an all new show, based around everything that’s been happening in the last 12 months. At least, that’s the plan.

Anything with a point. Personal or political, I don’t really mind, but please, say something other than “Look Sire, your jesters pants are too big!”

General hated. Racism, sexism, bigotry of any type. Grow the fuck up.

What’s the funniest thing that has happened in NZ so far this year?

It’s a toss-up between Jesse Ryder single-handedly reviving interest in NZ cricket and ACT getting back in the news with party pills and Roger Douglas. You can decide for yourself which of the latter I feel is more harmful to your health. 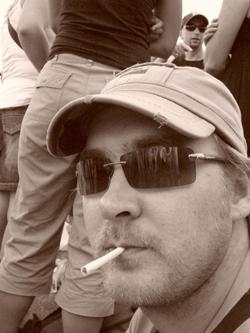 Standing ovations on three successive nights, in Singapore of all places.

Going on at 1am in an Ashburton beer hall, following a band who “played” cardboard instruments to a backing track of 80’s pop hits.

What’s the best piece of advice you’ve ever been given as a comedian?

“Nice Shift”. Said by an MC in Glasgow after a particularly great show; it’s always a reminder that at the end of the day, it’s just another job.

Just enjoy yourself, and do what you came here to do – whatever that may be.

Either The Stand in Edinburgh, The 1NiteStand in Singapore, or the San Francisco Bathhouse in Wellington.

At a forward observation base on the border between East and West Timor.

What would you say to someone who tells you they “don’t like stand up comedy”?

What, all of it? That’s like saying you “don’t like music” or “you don’t like food”. If you really have tried every kind there is, fine, if not, get back to me in a decade or so.

A doubling of the NZ population, a dedicated comedy channel on Sky, and more self imposed quality control all round.

Hey, is that your private jet I saw on my way in?

Tickets from the Fortune Theatre 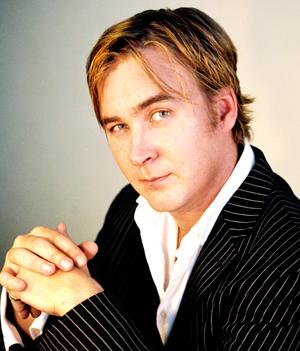 Tickets from www.ticketek.co.nz or www.comedyfestival.co.nz