Another ex-pat this week; well kind of. James Nokise, half Samoan and half Welsh, has been living and performing in the UK for the last couple of years, but returns home this month with his new show, “Beige Against The Machine.” We caught up with him on the eve of his opening season at the Dunedin Fringe Festival

I've got an hour of new stuff, and I wanted an excuse to pop home for a bit. 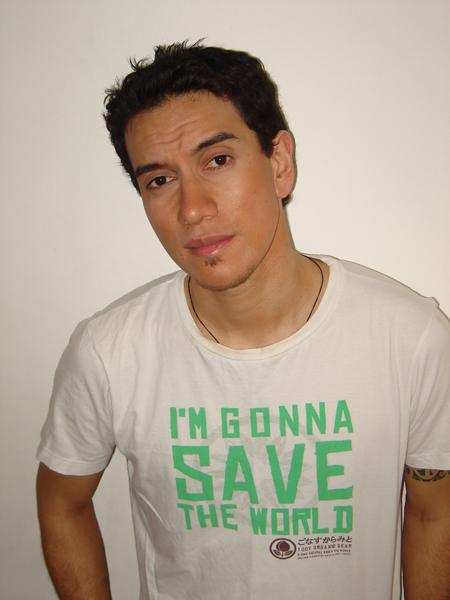 Jesse Ryder screaming 'I am NZ cricket!' at emergency staff. I love it. You really are buddy. Really really.

The NZ Comedy Gala was fun, but having actors perform a show I'd written to 800 people in London's Hackney Empire was pretty special.

I had to walk on stage at an English sport Uni's orientation 30mins after the All Blacks lost to France...

They've paid to come and laugh, they want to laugh, so stop worrying and make them laugh.

Have fun, it's what this is all about.

It's either the Belfast Empire or the Wellington Comedy Club (San Francisco Bathhouse). Both big boozy rock venues.

Hmm... A tent, at the back of a Pub, in the middle of west England.

Depends how drunk I am when they say it. Sober, it's cool. Drunk, we might have to argue. You don't have to like stand-up, it's not a religion. But like religion, if you don't like it, just avoid it. Don't corner someone who’s into it and offload, just write a blog or something.

It changes a lot, right now it's Dizzy Rascals 'Old School', but someone brought me on last week to Chris Brown, “Hearts all over the bloody world”?!

Letting comedians write TV Comedy. The top comics in NZ can hold their own with the best in the world, how many Conchords and Darby's have to fly through TVNZ's grasp before they get that?

Are you really Samoan and Welsh? No one's ever asked and it keeps getting tempting to change it and see if anyone notices.

James Nokise – “Beige Against The Machine”