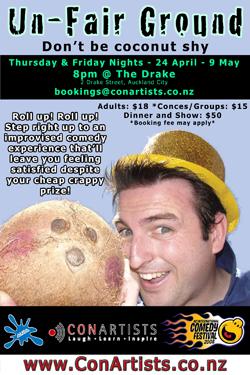 This year’s Comedy Festival does seem to have a lot of improv in it, and one of the big players on the Auckland scene is Conartists. So sure, they’re good at making stuff up, let’s see how they get on with pre-prepared questions.

It’s a perfect time to showcase the amazing talents of our improvisation company, ConArtists

Performing with Colin Mochrie from ‘Whose Line Is It Anyway?’

Filling out this questionnaire.

Check your fly before going on 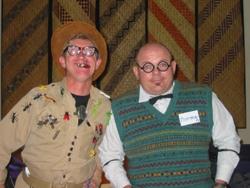 The funny people of ConArtists

In a small Hotel room to 13 people

Whatever jingle the muso is playing

Better support and faith from production companies and TV networks

Do you want to come home with me?