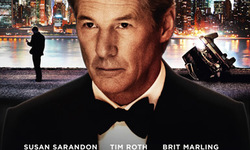 A taut and alluring suspense thriller about love, loyalty, and high finance, ARBITRAGE stars Golden Globe winner Richard Gere (CHICAGO), Academy Award® winner Susan Sarandon (THELMA & LOUISE) and Academy Award® nominee Tim Roth (ROB ROY) On the eve of his 60th birthday, New York hedge-fund magnate Robert Miller (Richard Gere) is the portrait of success in American business and family life. But behind the gilded walls of his mansion, Miller is in over his head, desperately trying to complete the sale of his trading empire to a major bank before the depths of his fraud are revealed. Just as he's about to unload his troubled empire, an... read full article