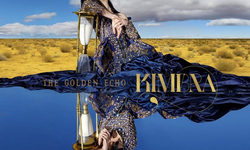 THE GOLDEN ECHO was released in New Zealand on Friday August 15 THE GOLDEN ECHO album is a vivid, vivacious, and ambitious arc of pop and funk that conveys an array of questions and insights. It’s an album both of youthful exuberance and mature introspection.  It’s at once a dancing record and thinking record, inspired by such diverse musical touchstones as Prince, ’70s R&B, ’90s pop, and The Mars Volta, but heralding the full arrival of a distinctive artist.  It's what Kimbra Lee Johnson has been aspiring to and working toward since her teen years in her hometown of Hamilton. ... read full article