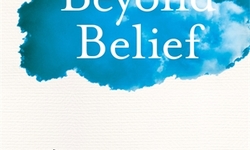 What do people actually mean when they say 'God'? Around two-thirds of us say we believe in God or some 'higher power', but fewer than one in ten Australians attend church weekly. In Beyond Belief, Hugh Mackay presents this discrepancy as one of the great unexamined topics of our time. He argues that while our attachment to a traditional idea of God may be waning, our desire for a life of meaning remains as strong as ever. Mackay interviews dozens of Australians representing many different points on the spectrum of faith, including some who are part of the emerging 'spiritual but not religious' movement. He exposes the... read full article