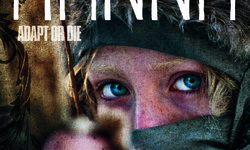 Hanna IN CINEMAS 1 SEPTEMBER Director Joe Wright Weaves elements of dark fairy tales into this stylishly crafted thriller set to the music of The Chemical Brothers and filmed on location in Europe and Morocco. Raised by her father an ex-CIA man, in the wilds of Finland, Hanna’s upbringing and training have been one and the same, all geared to making her the perfect assassin. The turning point in her adolescence is a sharp one; sent into the world by her father on a mission,Hanna journeys stealthily across Europe while eluding agents dispatched after her by a ruthless intelligence operative with secrets of her own. As she nears her ultimate... read full article