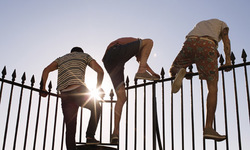 Need some new summer threads? Of course you do, and we’ve got a $500 Bing, Harris & Co menswear voucher to give to some very lucky punter! Check out our interview with Alistair Ramsay, head designer at Bing, Harris & Co. Bing, Harris & Co; Merchants of Style Bing, Harris and Co. was established in Dunedin in the mid-1850s and quickly became one of the most prominent importer and exporter of general goods in New Zealand, particularly clothing. They also began manufacturing clothing locally after the First World War out of their Dunedin based factory. October 2012 has seen the re-emergence of this history-rich brand into our fashion... read full article