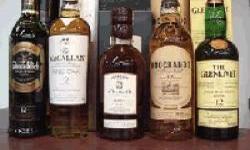 Whiskey is a drink in which many people love to indulge. Attracted to all sorts, people find themselves filling up their flasks, ordering another round, and telling bottles that they are their water of life. Whiskey, quite simply, is among the most lavish of liquors: ordering a glass always raises the bar. Yet, there are some people who have never tried whiskey, some unfortunate souls who frequently indulge in only tequila or vodka. It's not these peoples' faults, we must not go after them in some sort of Whiskey Rebellion. Whiskey, instead, is to blame: after all, this is one drink that is intimidating to the novice. Not only does whiskey demand a... read full article