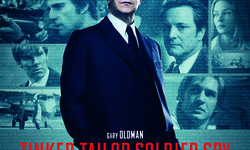 TINKER TAILOR SOLDIER SPY This adaptation of John le Carré's seminal cold war thriller and best-seller is a brilliant study of the disenchantment, compromise and tension of the 1970s spy game. George Smiley, a disgraced British spy, is rehired in secret by his government - which fears that the British Secret Intelligence Service, a.k.a. MI-6, has been compromised by a double agent working for the Soviets. Even before the startling truth is revealed, the emotional and physical tolls on the players enmeshed in the deadly international mystery will escalate…  Starring Gary Oldman, Colin Firth, John Hurt, Tom Hardy, Toby Jones,... read full article