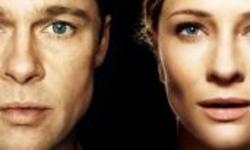 Thanks to Roadshow Films here is your chance to win double passes to 'THE CURIOUS CASE OF BENJAMIN BUTTON', starring Brad Pitt & Cate Blanchett“I was born under unusual circumstances.”   And so begins “THE CURIOUS CASE OF BENJAMIN BUTTON,” adapted from the 1920s story by F. Scott Fitzgerald about a man who is born in his eighties and ages backwards:  A man, like any of us, who is unable to stop time.  From New Orleans at the end of World War I in 1918, into the 21st century, on a journey as unusual as any man’s life can be, the film tells the grand tale of a not so ordinary man and the people and... read full article