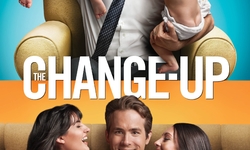 Even if "The Change-Up" cannot attest to being the best in a long line of time-honored body-swapping comedies, it certainly has the market cornered on filthiness. Directed by David Dobkin (2007's "Fred Claus"), the film barrels straight through good taste into a realm of un-PC fearlessness that somehow narrowly avoids cruelty. For all of its gross-out humor—some of it works, some of it doesn't—the movie listens to, respects, and cares about its characters. Scattershot though the narrative is, at its core is a certain disarming sweetness. For screenwriters Jon Lucas and Scott Moore, previously responsible for 2009's... read full article