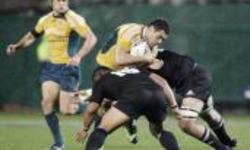 But finishing the job off remains a crippling weakness in the Dingo Deans era and so it proved again with the Wallaby lineout suffering a meltdown. Article By: Tony, JohnsonIF the All Black Springbok test last weekend was as tight as a drum, then the Wallaby Bok test in Pretoria was as loose as a goose. There was some cracking try scoring action, but little of the hard nosed defence of earlier games. The Aussies can’t really foot it in the trench warfare stuff and were clever enough to avoid that sort of contest, which helped their chances of beating the Boks no end.But they couldn’t capitalise on a great start and gradually got run down and run... read full article