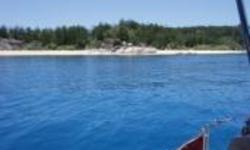 Keswick Island is a picturesque island in the southern half of the Whitsunday group, located 32 kilometres north-east of the tropical Queensland city of Mackay. Keswick Island is part of the Cumberland Group of islands that lay protected inside the waters of the Great Barrier Reef Marine Park. Keswick Island was identified as part of the Cumberland Islands Group by Captain James Cook in 1770.Keswick and neighbouring St Bee’s Island were first designated together as L1 Island by Lieutenant Matthew Flinders, RN, in HMS Investigator in 1802.Keswick Island was later named, after the town of Keswick in Cumbria, by Staff Commander E.P. Bedwell, RN, of the SS... read full article